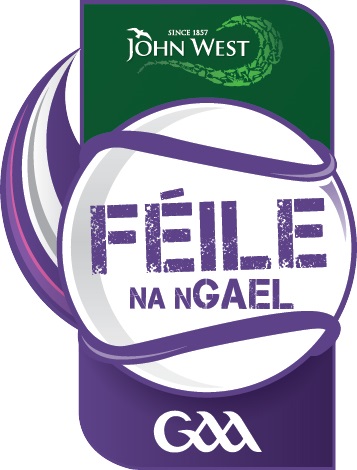 Connacht GAA in conjunction with the National Feile na nGael committee have released the list of fixtures for the 16 divisions of hurling and camogie which will take place on the weekend of 8th to 10th June. There are nine hurling and seven camogie divisions. 256 clubs will be in action with 576 games to be played over the weekend in the John West Feile na nGael. The five Connacht counties as well as Westmeath and Longford will host the games. On Friday evening 64 venues will be action with four sides playing two games. On Saturday morning 128 venues will be used as the host team takes on their guests. Following the league series the knockout stages commence with cup and shield quarter finals in all divisions at 64 venues.

On Sunday morning action moves to the semi final of each cup and shield competition. The main centre of interest will be the Connacht GAA Centre in Bekan which will host 18 finals inclusive. Duggan Park, Ballinasloe, Pairc Sean MacDhiarmada, Pairc Chiarain and Cusack Park, Mullingar will also host finals in this special day of hurling and camogie action. Over 15,000 people are expected to attend the Connacht GAA Centre on Saturday afternoon and for decision day on Sunday.

Close on 5000 hurlers and camogie players allied to over 1,000 mentors will be present at the 128 venues over the weekend as club grounds throughout the designated counties will be in use. Connacht Féile na nGael chairperson John Hopkins has wished all involved the very best in sporting and social activities as the biggest movement of people for one event over the year takes place in the West of Ireland.