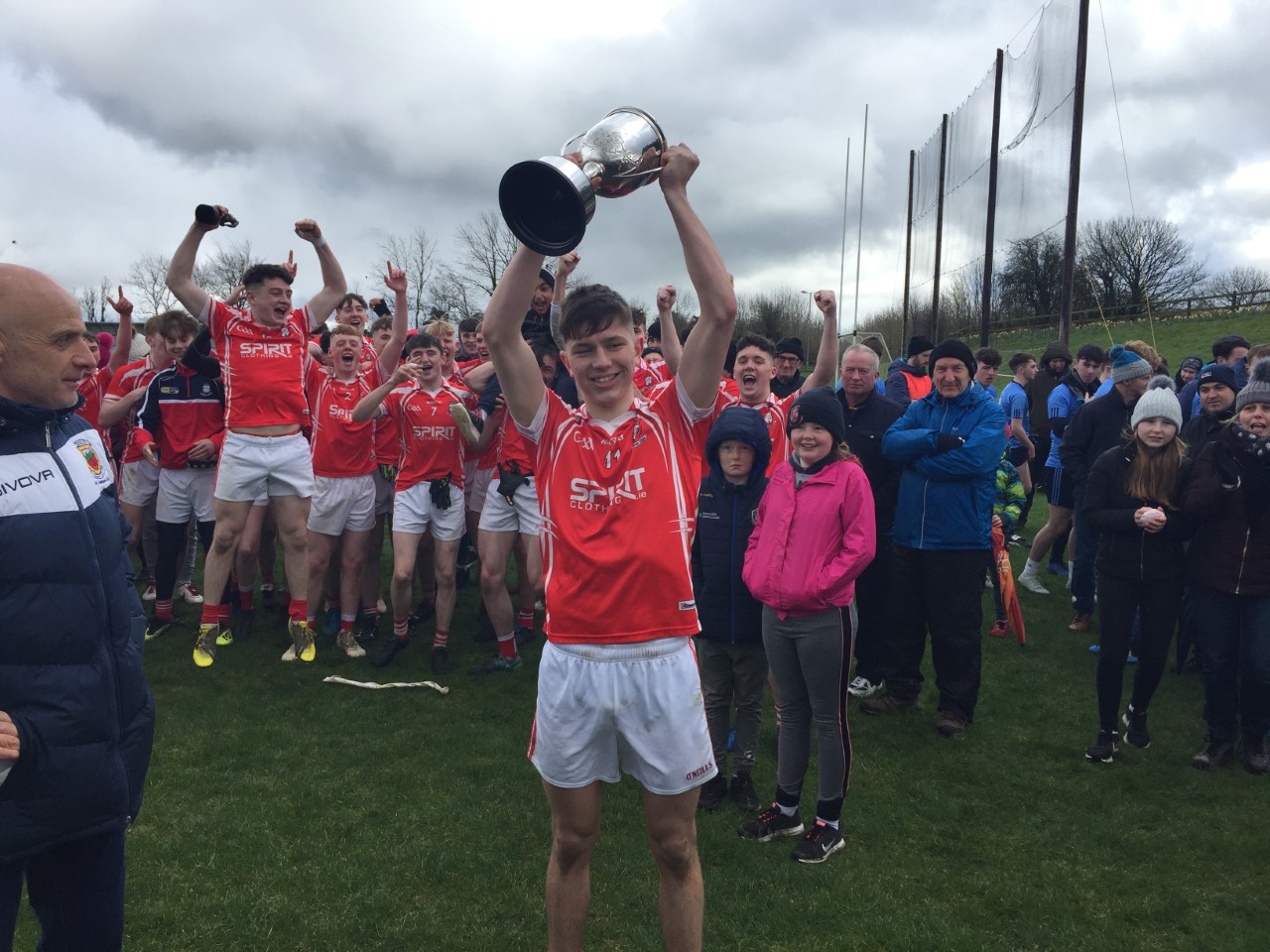 On a blustery wet day at the Connacht GAA Centre, CBS Roscommon produced a powerful display to blow Summerhill out of the water and claim the Connacht Colleges B Football Championship for the first time since 2011. The Roscommon school were hugely impressive from the first minute, constantly on the front foot and attacking in waves from all areas of the pitch. They pushed right up on the Sligo men and gave them no space to build attacks, tackling high up the pitch and squeezing the life out of their opposition. The result in truth was beyond doubt at half time as the Roscommon men led 3-14 to 2-4.

Summerhill struggled to match this intensity and found it difficult to progress up the field, mainly due to the dominance of Keith Doyle in particular from kick-outs and the outstanding half back line of Cian Glennon, Jack Lohan and Cian Murray. Cian especially caught the eye, and it is hard to believe that a wing back who scored 1-4 wouldn’t receive the man of the match award. He was pipped at the post by wing forward Tim Lambe who scored 1-6 in an all action, complete performance where he did most of the damage in the first half, when the game was alive as a contest. On the occasions when Summerhill did look dangerous, it mainly came through direct ball to totemic full forward Joe Spelman who was a handful, particularly in the first half when he laid on a few scores and flicked one to the net himself. Jim Davis was excellent for them on a limited supply of possession, helping himself to 1-3. On the other flank Eoghan Smith also impressed fielding well and also kicking beautifully in difficult conditions, a 100% record from 7 frees an impressive record for the the Drumcliffe Rosses Point man.

For the victors, captain Ciaran Lawless was a constant threat probing on the forty, ably supported by Richard Walsh, with Liam Ormsby dangerous in the inside line and James Fitzpatrick also winning lots of ball and feeding the stream of runners coming off his shoulder all afternoon. CBS Roscommon now advance to the All-Ireland Semi Final against the Ulster Winners on 6th April and on this showing it will take a serious outfit to stop them.