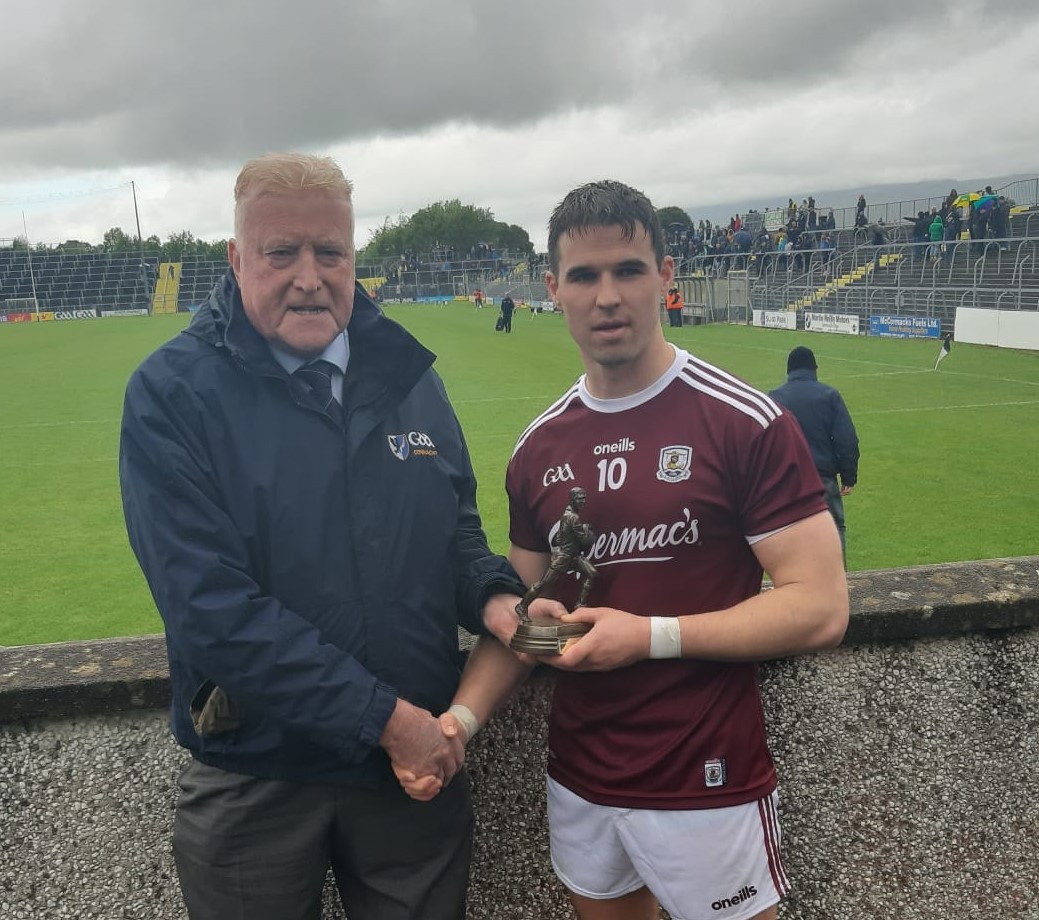 Last years All Ireland Finalists Galway had a comprehensive victory in todays Connacht Junior Football Semi Final against Sligo, comfortably cruising to a 2-15 to 0-9 win in Markievicz Park.

The Tribesmen were utterly dominant from the throw in, with Alan Molloy from Corofin a strong solid presence at midfield throughout. When outstanding Galway captain Michael Day raised the green flag in the opening minutes the result looked to be a formality, and so it proved. They led 2-9 to 0-3 at half time, after speedy wing back Padraic O’Donnell from the Aran Islands added to his earlier point with a well taken daisy cutter of a goal coming towards the half time whistle. O’Donnell formed a part of a very strong half back line with Damien Moran and Adrian Ward for Galway who were excellent throughout, defending when needed but also joining the attack all day. The second half was largely bloodless, due to the obvious gap in quality between the teams. Man of the match Sean Denvir kicked 4 for Galway, who will have strong ambitions of going far in this competition on this showing. Sligo to their credit battled hard for the hour, with full forward Darragh Hailstones catching the eye, aswell as Stephen Connolly and James Carroll.