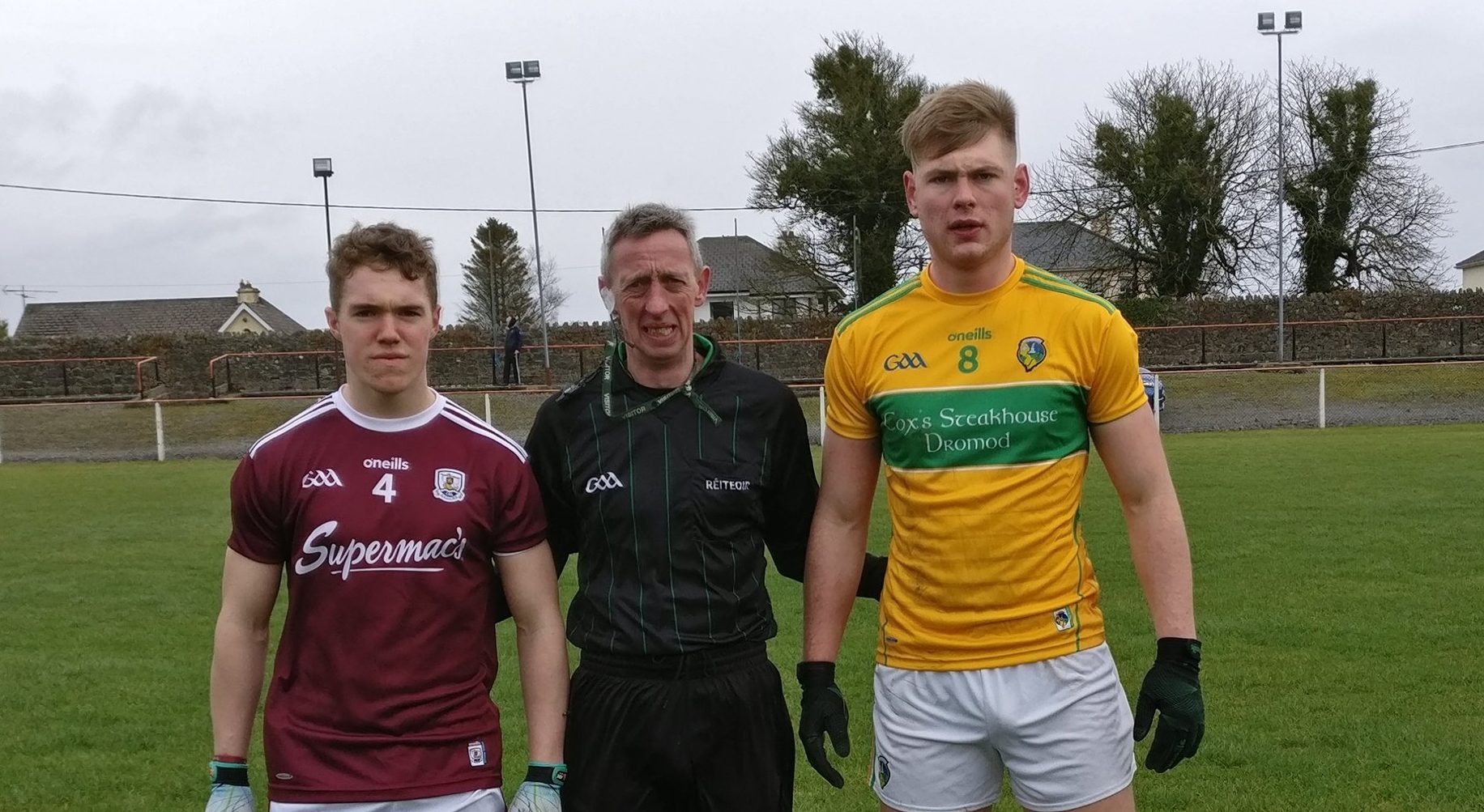 Galway eventually had too much for a spirited Leitrim outfit today in Orchard Park, Elphin to reach the Connacht Final with thirteen points to spare. They didn’t have it their own way however and the scoreline flattered them slightly as they were forced to work very hard for their win in extremely blustery conditions with Leitrim throwing everything they had at them and defending stoutly for the whole hour.

Galway struggled with the conditions in the opening half, with the swirling gale slightly favouring Leitrim. After 15 minutes the score was 0-2 0-1 to the Tribesmen, with Alan Greene and danger man Matthew Tierney on target for Galway and Oisin McLoughlin chipping over a free for Leitrim. Galway’s attacks broke down time and again with the likes of Donal Casey and Mark Keegan producing some excellent moments of defending and key interceptions. Roving half forward Tom Prior was also very effective for Leitrim throughout the game, carrying well and linking defence with attack throughout. Galway could only muster 2 more points before the break, coming through a Tierney free and a fine effort from marauding corner back and captain Jack Glynn.

With the wind at their backs in the second half it was hard to see anything other than a Galway victory, and four points in a row in the third quarter from wing backs Cian Monaghan and Man-of-the-Match Cathal Sweeney gave them their first moment of breathing room of the afternoon. The killer blow came in the 18th minute when a class Tony Gill pass put Matthew Cooley one-on-one with Killian Gaffey and he made no mistake, rolling it under the advancing St Mary’s Kiltoghert man to give his team a 1-9 to 0-2 lead. Points from Ryan Monahan, Paul Kelly and Sub Eoin Mannion rounded out the win for Galway in a game played in very difficult weather for the duration. The Connacht Final in two weeks will be an intriguing game against Roscommon in Tuam on the 7th of March.