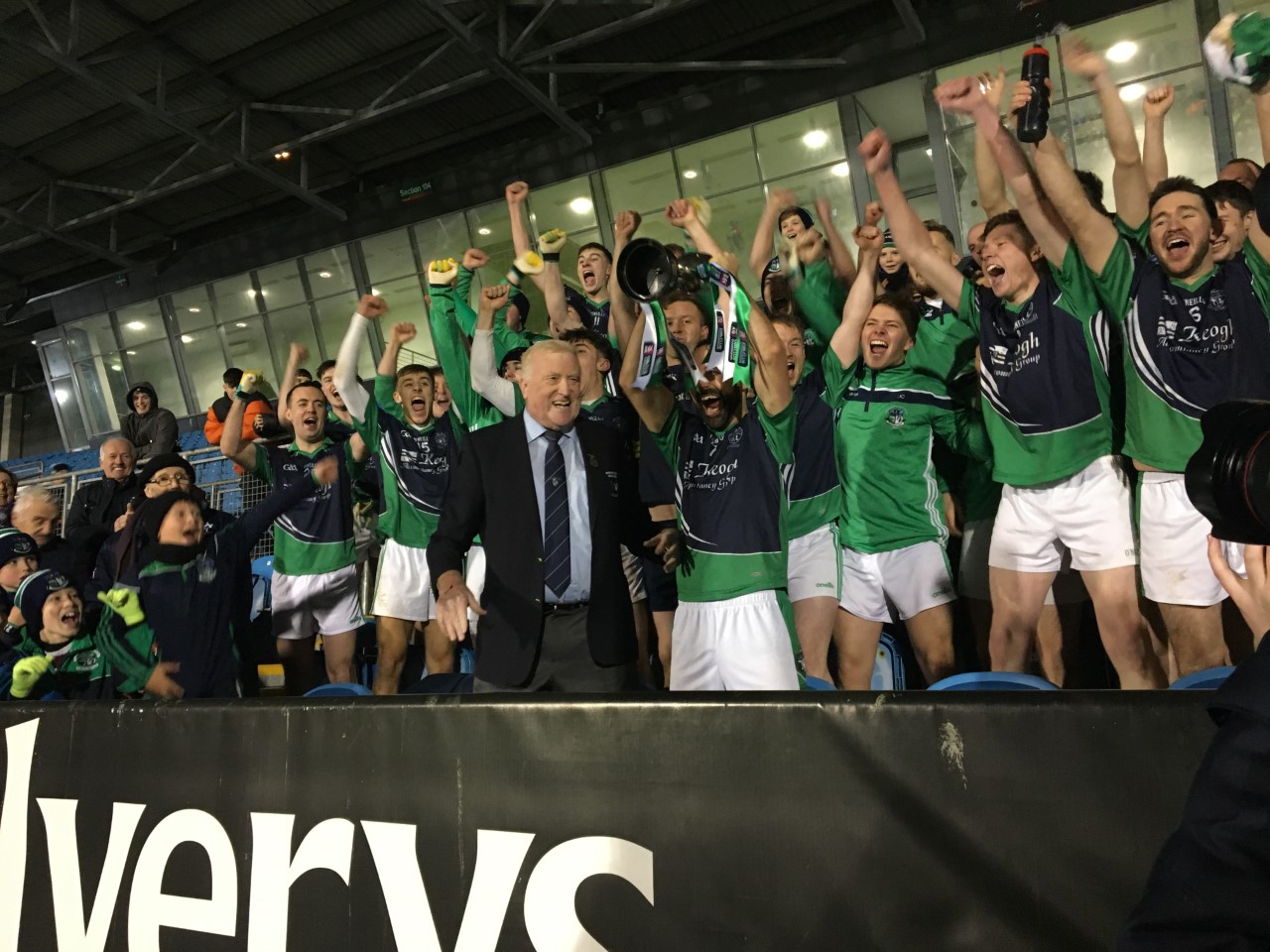 A brilliant second half surge was enough to power Oughterard to the Connacht Intermediate title after a hard fought win over The Neale under the lights in a freezing cold MacHale Park  tonight. There was absolutely nothing between the teams in the first half as they went in deadlocked 0-7 each but the Galway Champions upped it several gears in the second half to outscore their opponents 1-9 to 0-3 for the half to march on to the All Ireland Semi Final in January.

There was absolutely nothing to separate the sides at the half time break, both teams holding the lead at various stages with both playing good open attacking football looking to commit men forward rather than to defence. The Neale started brighter, their opening score coming after brilliant work from Fergal Sweeney forced a turnover and allowed Padraic Walsh to get his team on the board. The teams exchanged points for the duration of the 30 minutes, with the outstanding Matthew Tierney to the fore kicking 4 for Oughterard, although he did miss two goal chances within a minute of each other in the twelfth minute. He was first denied by a good Patrick Hopkins save and the other time going for the goal after being well set up by the Enda Tierney but seeing his rasper blaze over. Wing backs Brian O’Hllaoran and Cian Monaghan swopped points before The Neale enjoyed a bit of a purple patch midway through the half and led by two through 3 good frees from Sean Cosgrove after getting on top at midfield. Simon Ryan nearly broke the crossbar during this spell with a rocket of a shot but Jordan Wallers goal remained unbreeched. A goal at this point could have been the springboard for a victory for them, but the Neale were unlucky and those are the margins that can swing Provincial Finals. Oughterard regained parity at midfield and Niall Lee pointed after Patrick Walsh’s strike came back off the bar to level the teams on 0-7 at the break after a cracking first halfs action.

Danger man Tommy Conroy (who was otherwise well marked by Eddie O’Sullivan all game) opened the scoring in the second half for The Neale, but this was to be their last score for 25 mins as Oughterard completely took over for the rest of the game. Eric Lee landed a monster point and Brian O’Halloran slotted his second as they put a bit of daylight between the teams in the tenth minute of the half. Outstanding free taking from Enda and man of the match Matthew Tierney was one of the most striking things about the game, with neither missing any of their dead balls and they combined for 1-9 in total. The killer blow came in the 18th minute when Matthew Tierney gained possession twenty yards out, sold a dummy solo with his left foot and calmly stroked home with his right for a touch of class and an 8 point lead for the Galway men which they were never going to be caught from. 1-16 to 0-11 was the final score, and the Neale will be wondering what happened in the second half to derail them having being going so well up to then. Their supporters will be delighted with the season overall however, and will relish the opportunity of senior football in 2020. Oughterard have all that to look forward to aswell, before they take care of the small matter of an All Ireland Semi Final, and on this showing it will take a serious team to stop them.