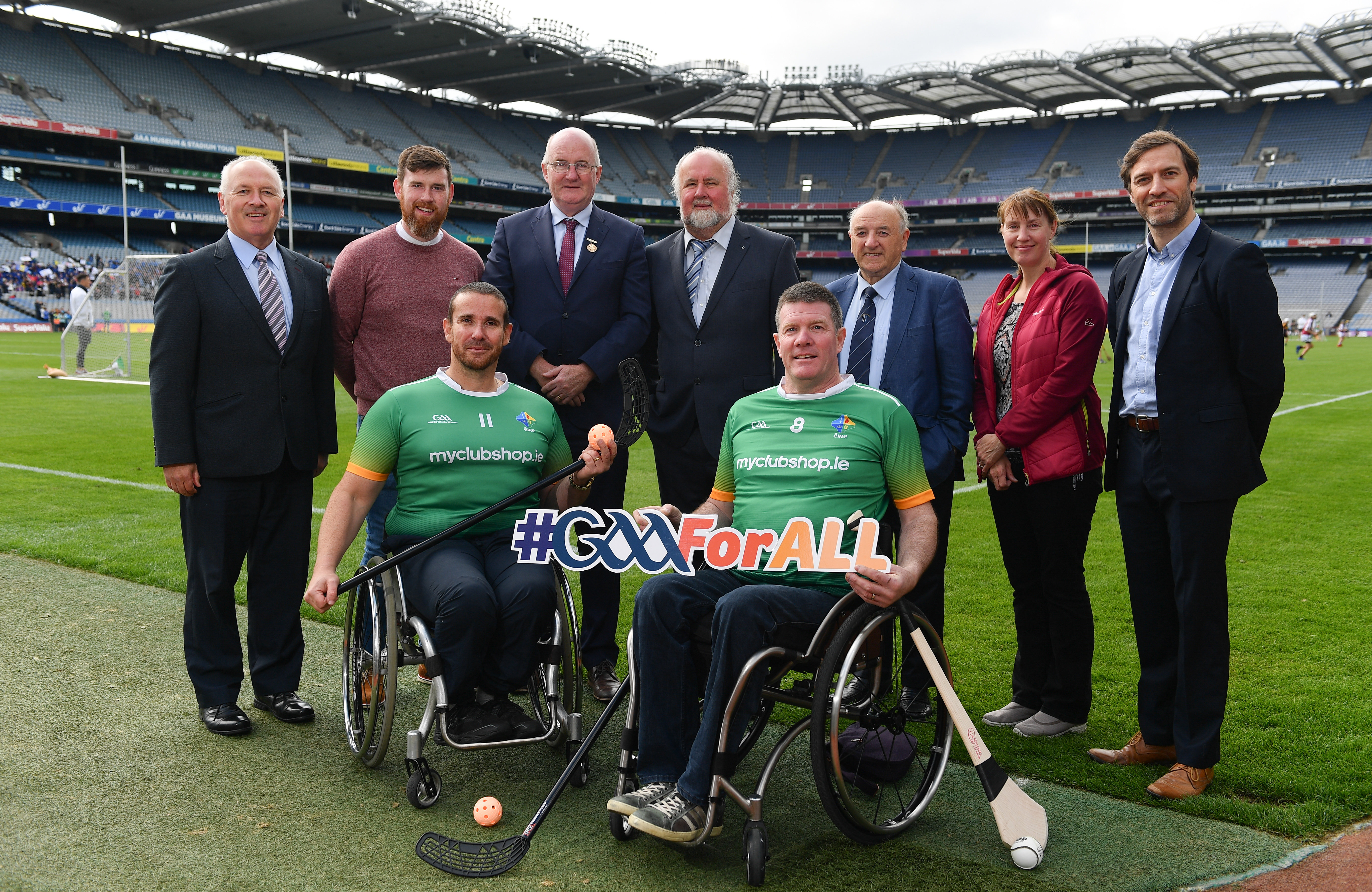 11 June 2019; Attendees at the announcement of the first ever GAA International Wheelchair representative team at Croke Park in Dublin. Photo by Sam Barnes/Sportsfile *** NO REPRODUCTION FEE ***

Uachtarán CLG John Horan was in Croke Park last Tuesday to formally announce the players who will make up the first ever international wheelchair hurling squad.

The 12-man panel is made up of three wheelchair all-star hurlers from each of the four provinces, and they will travel to take part in the 2019 European Para Games Floorball International event that takes place in Breda, The Netherlands, from June 27-29. Connacht GAA are represented by Captain of the team, Pat Carty, Stephen Melvin, Aidan Hynes all from Co. Sligo,

Floorball is a game that is being considered for addition to the list of sports in the Paralympics and differs chiefly from wheelchair hurling in that players cannot rise the ball.

As well as representing Ireland in the Floorball international, the GAA team will also host a wheelchair hurling demonstration during their stay.

Uachatrán John Horan said: “Thanks to the work of the GAA For All committee there is a programme in place to make our games as inclusive as possible.

“Wheelchair hurling is a skillful game that lives up to the motto of the GAA being a place Where We All Belong and is really going from strength to strength.

“Through this invitation to play in Breda we have a chance to acknowledge some of our very best players with the opportunity to not only compete at a very high level but to represent their country in doing so.

“Congratulations and best wishes to all who have been selected and our thanks to Martin Donnelly for his continued support.”