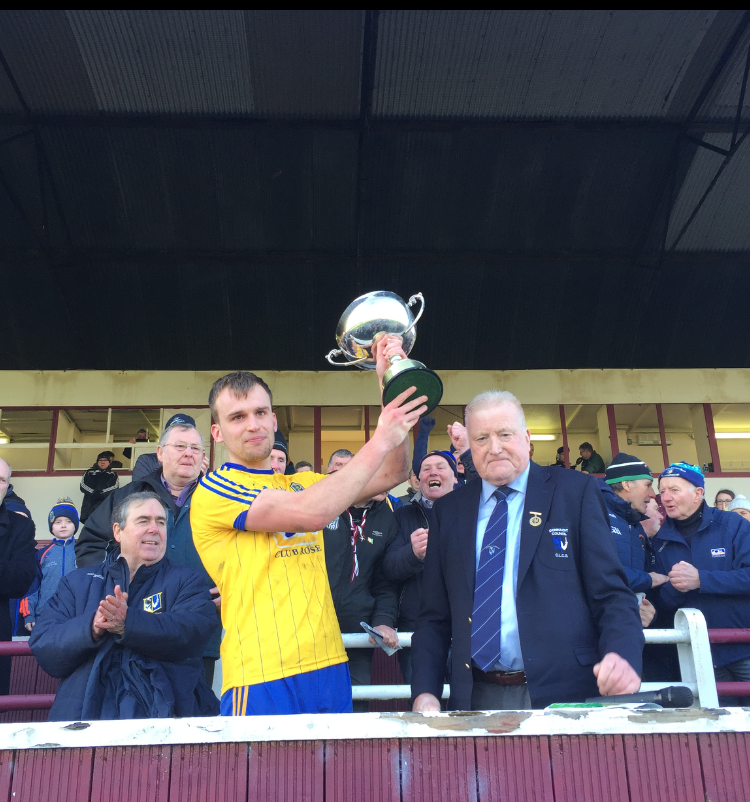 Roscommon retained the FBD Insurance League infront of a large crowd in Tuam Stadium this afternoon in a hard battle against a disappointing Galway outfit missing a number of their regulars.

After a tight and tough first half that was often scrappy and bad tempered the Rossies led by two, with Donie Smiths third point of the day on the stroke of half time extending their advantage to 0-6 0-4. Shane Killoran opened the scoring after a brilliant point with his left foot from out on the left wing into the breeze and this was followed closely by a Donie Smith free after a nice bit of skill from Cathal Cregg drew a free. Gary O Donnell kicked two fine scores for Galway, taking full advantage of the space afforded to him coming late onto the play. However when he was black carded in the 19th minute it allowed Roscommon the opportunity to sieze the advantage, with Ciarán Lennon kicking two class points in this period, the second coming after a perfect pass from the industrious Colin Compton. Shane Walsh was constantly probing at the other end to no avail as he struggled to find space due to the solidity of the Roscommon defensive structure, with the Daly brothers Niall and Ronan very effective.

Man-of-match Donie Smith continued to turn it on in the second half, kicking four more points as Roscommon kicked on to victory. In truth it was a very poor performance from Galway, only managing 1-1 in the second half with Barry McHugh’s goal after a nice one-two with Garreth Bradshaw the only real moment of excitement for their supporters. The point of the game game from Colin Compton in the 2oth minute, when he collected Donie Smith’s clever crossfield pass and slotted over with his left. Galway manager Kevin Walsh will be worried after such a flat performance so close to the league, in particular the lack of discipline shown by the Tribesmen. They collected 2 costly black cards over the 70 minutes, with substitute David Wynne also red carded in the closing stages aswell as several tricky frees made easy due to the referee bringing the ball in for dissent. For new Rossie manager Anthony Cunningham it was perfect preparation for next weekend, and he will be particularly pleased by the physical nature of their display.

It was also great to see president of the Connacht Council Gerry McGovern back in action today presenting the Dwyer Cup to new Roscommon captain Enda Smith. Next up for the Rossies its a mouth watering trip to Castlebar to play Mayo in Round 1, while Galway host Cavan.