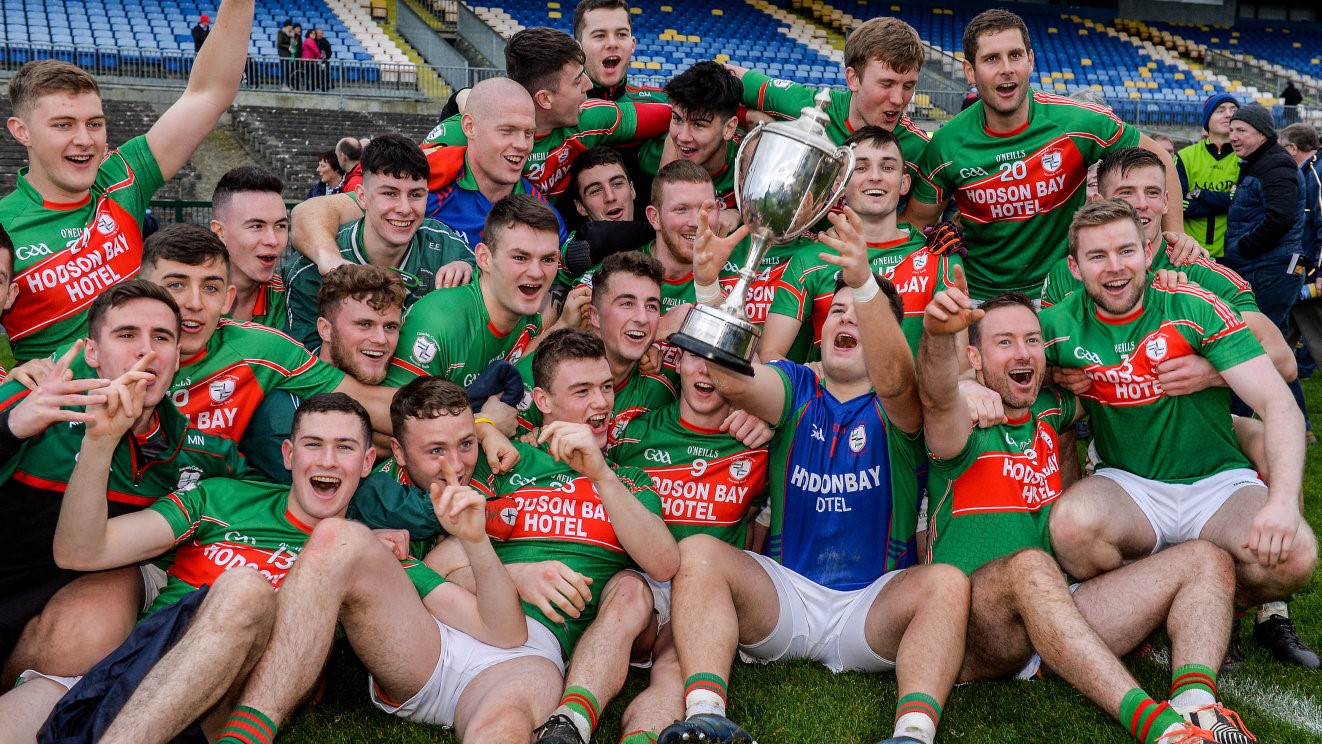 It was a very busy weekend of GAA action all over Connacht this weekend, with three senior football county champions being crowned. All reports courtesy of gaa.ie:

A strong-finishing Tourlestrane made it back to back Sligo SFC titles thanks to a four-point victory over Eastern Harps today.

The defending champions went into the match as warm favourites but found themselves trailing at half-time after a defensive mix-up saw them concede a soft goal just before the break.

Tourlestrane took control in the second-half though, and the decisive moment of the contest came when Cathal Henry struck for a 51st minute goal that put his team five points ahead.

Calry-St Joseph’s have made it seven Sligo senior hurling championships in a row, but they were made work very hard by a doughty Western Gaels outfit.

The Gaels actually looked like the likelier winners at half-time when they deservedly led by 2-6 to 0-9.

But Calry-St. Josephs showed a lot of composure in the second-half and two goals proved crucial as they edged to a hard-fought two point win.

Until then the defending champions had struggled to dispatch a very game Gaels outfit who fought hard to stay in touch throughout.

St. Brigid’s led by 1-9 to 2-4 at the break and started the second-half strongly, but a Mark Healy goal made the game interesting again until the Gaels were undone by that late two-goal salvo.

That makes it three Moclair Cups in a row for a Castlebar outfit whose appetite for success clearly remains undiminished.

They wouldn’t have won this match were they not as hungry as ever, because Ballintubber came with a ferocious challenge that fell just short.

Indeed, they led by two points at half-time and moved three clear early in the second-half, but it was Castlebar who dominated the match thereafter.

Along with Stenson and McDonagh, the powerful Barry Moran was a decisive performer for Castlebar, scoring three fine points from play.

Cillian O’Connor put on a free-taking master-class for Ballintubber and his brother Diarmuid looked like he might bring the match to a replay when he kicked a brilliant second-half point.

But in the dying minutes it was Mitchels who had one last kick as those scores from Stenson and McDonagh sealed victory.

In the intermediate football championship in Mayo, Kiltimagh and Moy Davitt’s will have to meet again next Saturday night at 7.30 in MacHale Park after a dramatic 2-11 to 1-14 draw on Sunday. Tooreen lifted the county hurling title, beating Ballyhaunis 2-10 to 0-6.