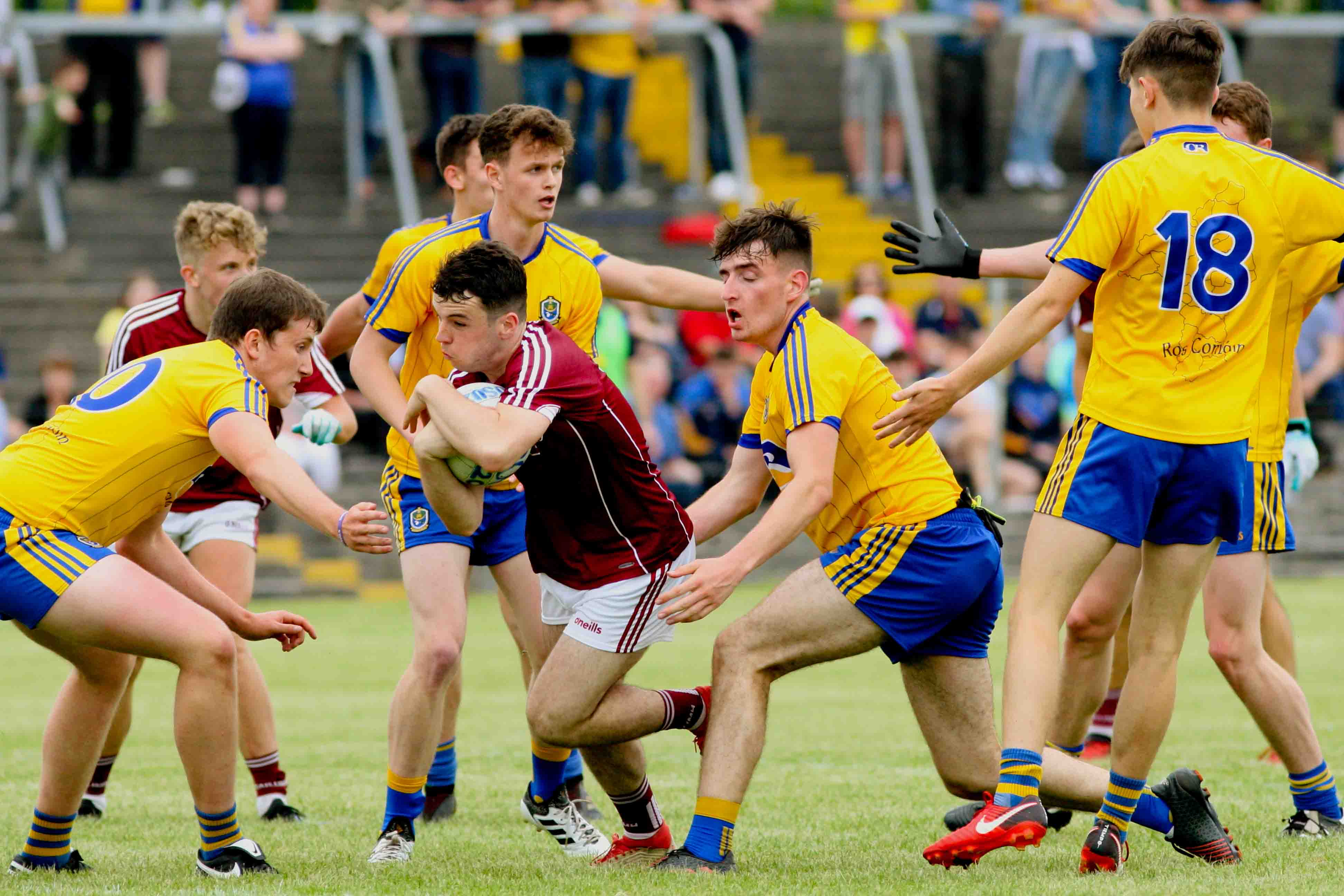 Roscommon overcame Galway to reach the first ever Connacht U20 Final against Mayo on Connacht Final Day with an exciting 1-11 to 0-11 victory over a fancied Galway side in Tuam on Saturday evening.

Shane Currans outfit had a brilliant Dylan Ruane goal to separate themselves from the Tribesmen at full time, with full forward Cian McKeons 7 points also integral to their victory. Galway will look back ruefully on the loss of their number 12 Finian Ó’Laoi to a straight red in only the 7th minute for an off the ball incident involving Lorcan Daly as  a major contributing factor in their defeat. Despite this set back they led by 4 points to 1 after 10 minutes, with Rob Finnerty and Dessie Conneely buzzing in the full forward line and Seán Mulkerrin and Ryan Forde driving out of defence at every opportunity.

The Rossies came into it however, despite the loss of key midfielder Conor Shanagher early on to a serious leg injury which required extensive medical attention. They chipped away at the Galway lead and went in level 5 all at the half time whistle, with accurate frees from outstanding goalkeeper Aaron Brady and McKeon crucial to their revival, aswell as a fine effort from sub Damian Duff.

Ruanes goal came 10 minutes into the half, a fine solo effort finished off with an unstoppable rocket to the top corner of Oran Burkes net. You could see the confidence boost this gave Roscommon and they surged to a six point lead with ten minutes to go, with another Brady free from fully 60metres out in front of the stand a highlight. Galway tried valiantly in the final stages to rescue the match, but weren’t helped when the influential Finnerty received his marching orders for retaliating to a crude Lorcan Daly tackle which earned him a black card. Liam Cregg also receiveda red card for his role in the skirmish that followed this incident. Galway got the lead down to three but that was as close as they got, Roscommons disciplined and well organised defence marshalled excellently by Luke Mollahan standing firm to set up the decider in the Hyde next weekend.