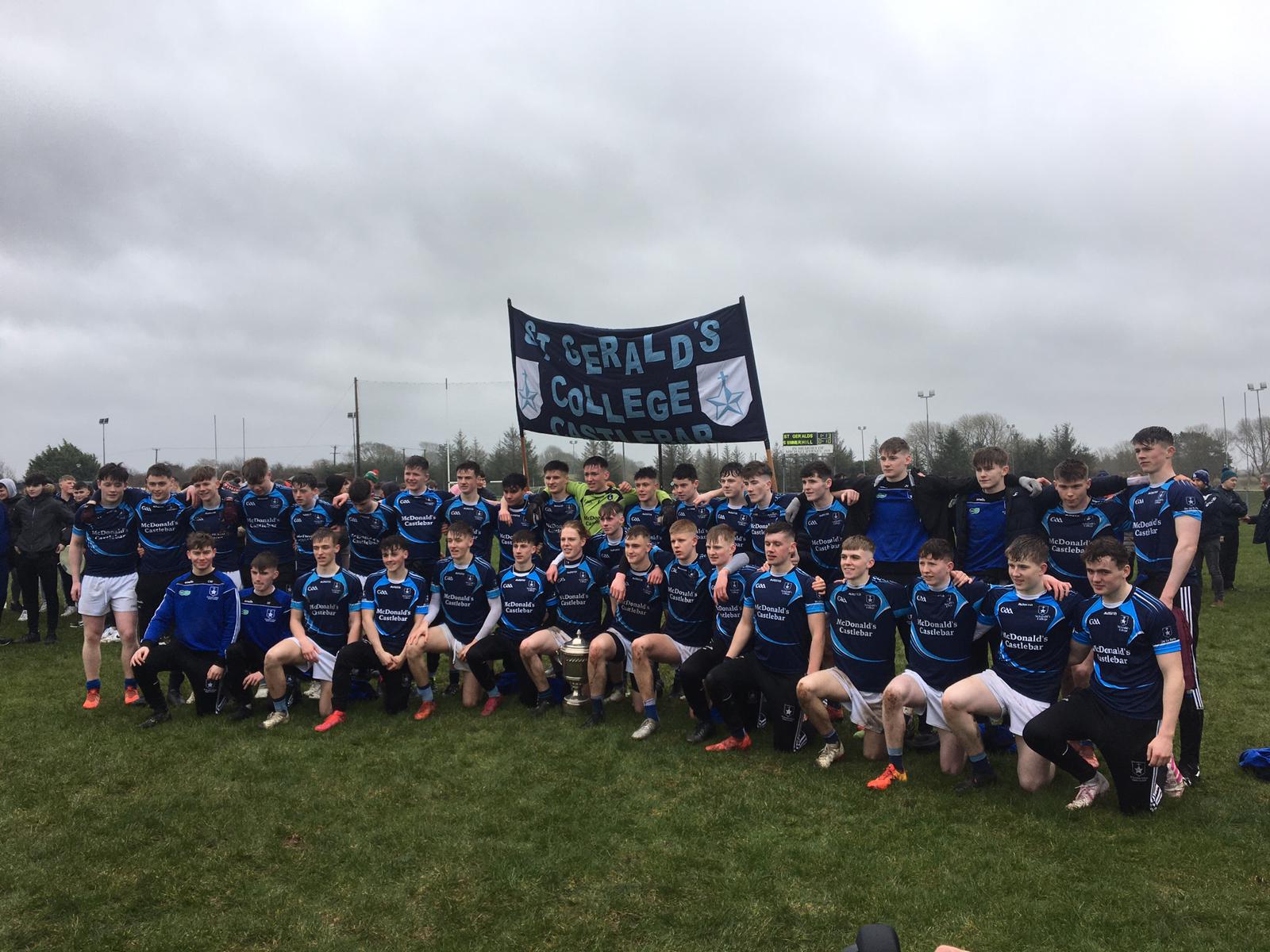 St Gerald’s claimed their seventh Connacht Post Primary Senior A Football title after a six point victory in Charlestown this afternoon after a 1-13 to 0-10 victory over Summerhill. The six point winning margin was harsh on Summerhill, who were right in the contest until the very end before a late Gerald’s surge gave them some breathing room in the closing stages. It was an extremely physical, intense battle from the first minute played out in all the colour and excitement you would expect in a schools final, with the “Ultras” from both schools adding to the atmosphere of the occasion throughout.

The crucial score of the game came in first half injury time when midfielder Cillian Redmond picked the pocket of the outrushing defender before keeping his cool and slotting low and hard underneath Jack Teape from the deck to level the scores having played against a strong wind in the first half. The Sligo school had been dominant up to that point, leading 0-5 to 0-1 after twenty minutes due to fine scores from Eoghan Smith, Fionn Connolly and Jim Davis. Important scores from Tomas Waldron and a class Paddy Heneghan effort after a dummy brought the Mayo men back into the game before Redmonds crucial goal. Cian Donoghue then popped over a good score from distance on the stroke of half time to put Gerald’s into the front at the break, a position from where they would never look back.

The second half was tit for tat, with Eoghan Smith giving an exhibition of free taking to keep Summerhill in touch, curling over three beautiful frees from the wrong side. Just as it looked like a grandstand finish was on the cards with only a point between the teams with ten minutes to go, Summerhill were dealt a hammer blow in the 50th minute when influential midfielder Oran McDonagh received his second yellow card and was sent off. St Gerald’s to their credit capitalised expertly on their extra man advantage and controlled the last 10 with excellent points from wing back Waldron, Paddie Heneghan and Robbie Finnerty to leave the final score 1-13 to 1-10. The Castlebar school will now face Tralee CBS in the All Ireland Final in two weeks time, with the details to be conformed in the coming days.