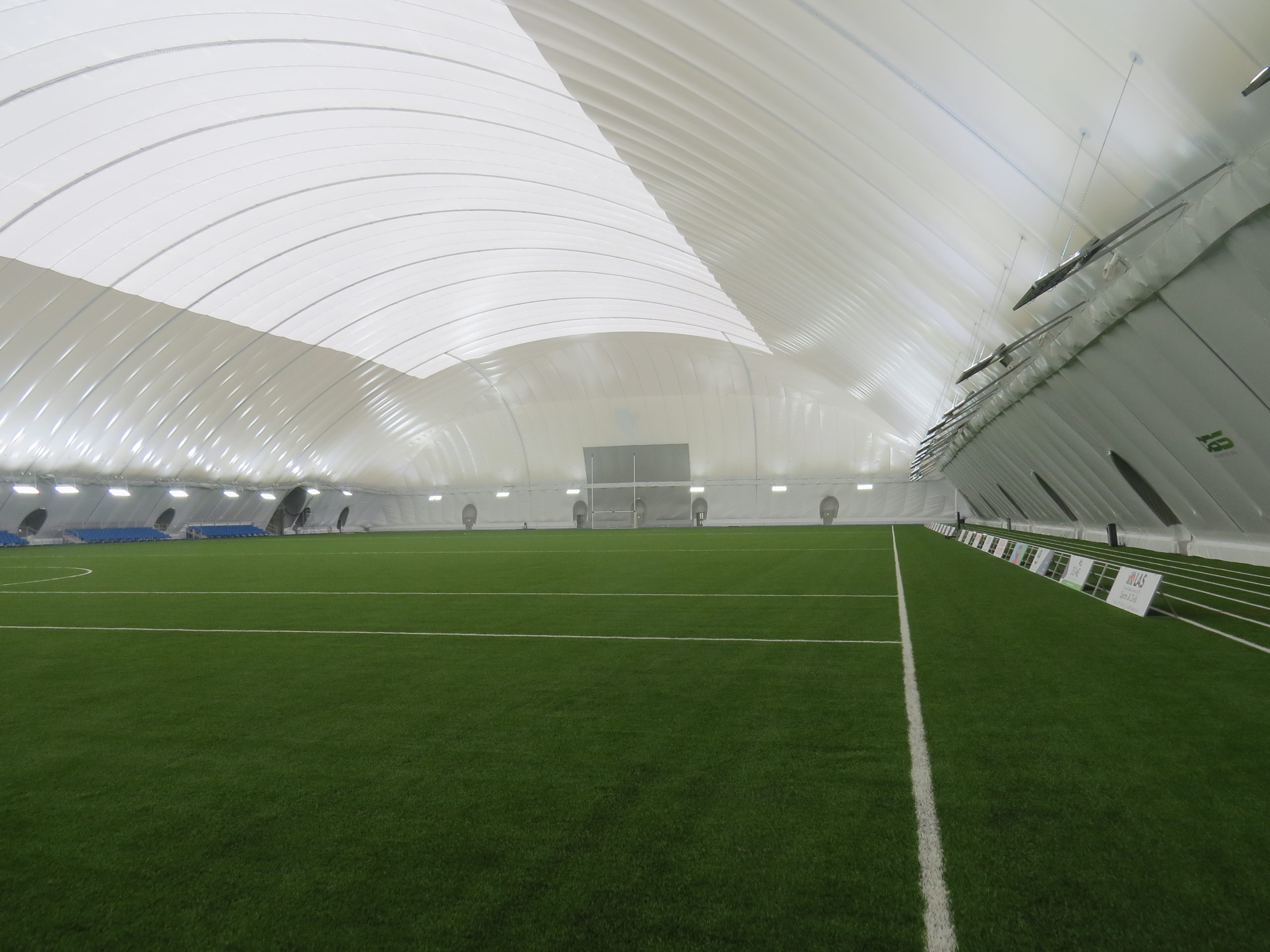 A total of 48 motions will go before the delegates to be debated and voted on.

At the bottom of this article you can view and download the motions as they will appear before the delegates.

Below is a simplified guide to the motions to be dealt with this weekend.

Motions 1 to 3 have been submitted by Ard Chomhairle

MOTION 1: The first motion on the Clár proposes a new structure for the All-Ireland Senior Football Championship that would keep the Allianz Football League in the spring and provincial championships in the early summer. It would introduce a tiered All-Ireland structure, based on four groups of four, with the counties to be drawn from the eight provincial finalists and the next eight teams in order of league seniority.

Group winners progress straight to quarter-finals and second and third-placed teams contest the remaining four places. The next 16 counties, based on league ranking, would go into four groups for the Tier 2 Tailteann Cup

MOTION 2: Motion 2 proposes the introduction of an U-19 grade at inter-county level for a three year trial period from 2023 to 2025 with the format and age span to be determined by Central Council.

MOTION 3: This motion proposes changes to the power and scope of the role of the Trustee in the GAA constitution. It also proposes changing the definition of Association property to include intellectual property. Motion 3 is closely related to Motion 48 and basically seeks to protect the usage of the GAA crest and county crest from unauthorised use.

Motions 4 to 24 are submitted by the Rules Advisory Committee

MOTION 4: This motion proposes that a voting majority at all levels of the GAA should be a three fifths majority (60%) of members present.

MOTION 7: This motion sets a specific deadline in the calendar for the nomination of a GAA President or a Representative of Congress. The deadline is January 15, preceding the election of Congress.

MOTION 9: This motion seeks to clarify the definition of 18 years and older when a player who has ‘Other Relevant Connection’ with a particular club seeks a transfer to that club. The player must have celebrated his 18th birthday in the preceding championship year to the year of his transfer application.

MOTION 10: This motion seeks to clarify that if a player joins a new club on an inter-county transfer he may not thereafter play with his former club without a further transfer. Previously there was a provision that allowed you to finish out a competition with your previous club after making a transfer.

MOTION 11: This Motion seeks to add a reference to the U-19 grade in Rule 6.8 which sets out the exceptions that apply to eligibility and transfers.

MOTION 13: Motion 13 seeks to clarify that you have to actively be regraded in order to change your playing status. So a player will retain his playing status for an indefinite period of time until such time as he’s actually been regraded.

MOTION 14: This motion seeks to refine time-based suspensions to also include a specified number of games in specified competitions. This allows for the orderly imposition of more severe penalties in disciplinary cases.

MOTION 15: This motion seeks to address the occasional issue whereby because of a delay in prosecuting a particular disciplinary case you fall afoul of the rule that specifies a case can only be taken with 96 weeks of an alleged infraction. If this motion is passed, the 96 weeks will begin from the notice of disciplinary action, not the actual incident.

MOTION 16: This motion proposes that where a penalty in excess of the minimum is imposed during the disciplinary process, a reason must be given.

MOTION 17: This motion clarifies the rights and responsibilities of parties who are appealing the outcome of a disciplinary process. Previously all parties had a right to be present in the hearing of an Appeal, now they also have a right to ‘participate’ in the hearing.

MOTION 18: This motion came about as a result of a family having to pay a €100 per child to lodge four individual transfer appeals. This motion will set out that a maximum fee of €300 will apply in any case where there’s more than one member of family involved.

MOTION 19: Motion 19 seeks to provide a mechanism whereby temporary members can be appointed to disciplinary committees. This might be necessary if, for example, a conflict of interest meant a committee couldn’t reach a quorum without the addition of temporary members.

MOTION 20: This motion, if passed, would allow counties to vary the dimensions of a pitch in the case of juvenile games according to their own local requirements.

MOTION 21: This motion seeks to specify that in the case of disciplinary process brought within a club whatever penalty is applied there applies only within the club.

MOTION 23: This motion deals with the means by which motions can be approved at a club or county convention. If this motion is passed, motions could be approved within a club by the executive or at the club’s AGM.

MOTION 24: This motion proposes that bye-laws should not prevent a transfer being granted where the relevant Competitions Control Committee is satisfied that it is necessary to do so to protect a child from harm and to comply with the child safeguarding commitments of the Association.

MOTION 25: This motion relates to the definition of ‘winner on the day’ in matches and how that played out has varied between the provincial championships and the rest of the championship.

It proposes doing away with the additional five minutes of extra time that is still there within the provincial championships. Instead, ‘winner on the day’ will now just be regulation 10 minute halves of extra time followed by penalties. This would apply to all games except for the All-Ireland Senior Football and Hurling finals.

In this Round Robin portion of the All-Ireland Minor Hurling Championship, where three teams finish level on points and cannot be separated by the Regulations set out in Rule 6.21(5) (a), (b), (c) and (d), one team shall qualify for the Semi-Finals on the basis of a Draw and a ‘Play-Off’ shall be staged involving the two remaining teams to determine the second team qualifying for the Semi-Finals.

Also included in this motion is determining how scoring difference is calculated in the event of walk-overs.

MOTION 27: This motion proposes making permanent in the rule-book the previously trialled penalty/black-card rule for a foul that denies a goal-scoring opportunity.

This motion also proposes a refinement to what constitutes a goal-scoring opportunity. A goal scoring opportunity will require the player in possession to be inside the 20-metre line and not within 25 metres of each sideline or within the semi-circular arc.

MOTION 28: This motion seeks to give referees the power to discipline players for certain infractions that take place before the start of the game or during half-time. If somebody commits an offense which during the regulation period of play would have merited being sent off but it happens before the game starts or if it happens during half-time then that person is still sent off. If at the time of the offense he’s one of the starting 15 players he may not be substituted.

MOTION 29: This motion seeks to define the sequence of cards that can lead to a dismissal. It clarifies that it is two yellow or black cards of any sequence or combination.

Motion 30 is submitted by the Sliotar work-group

MOTION 30: This motion seeks to define the dimensions of the sliotar (diameter, mass, rim height and width, thickness of leather) and also approves the use of a smart chip for sliotar authentication purposes in official games. This would ensure the ball has been sourced and manufactured by one of a number of approved suppliers of match balls.

MOTION 31: This motion has its origins in the player pathway and Talent Academy report that was approved two years ago. It proposes that a coaching officer role would be created on the club executive.

Motion 32 is submitted by the International Workgroup

MOTION 32: This motion relates to the body that is now known as World GAA and, if passed, would lead to a modest diminution of the voting strength of some overseas counties at Annual Congress.

Motions 33 to 47 are submitted by various GAA units.

MOTION 33: This motion comes from the GPA. It calls on the GAA to prioritise integration with the LGFA and the Camogie asociation. This motion, if passed, would not result in a change in the rules. One of the functions of Congress is to direct the Association with regard to fundamental policy matters and that’s what this in effect will do if the motion is passed.

MOTION 34: This motion comes from the Rathdowney-Errill GAA club and proposes that all players who wish to participate in an adult championship match must have completed courses approve by Central Council on Alcohol, Gambling, and Substance abuse (AGSA) and Anti-doping Education in that Championship year or the preceding one. Failure to do so would lead to a one-match suspension.

MOTION 38: This motion relates to the mechanisms around weekend authorisations to play GAA overseas. Europe are proposing that weekend authorizations would no longer apply to Europe.

MOTION 39: At the moment the stipulation for underage grades in counties is that counties have to operate at odd age-grades or even age-grades but the key thing is whatever way they’re structured it has to be in accordance with Central Council policy. This motion proposes removing that clause so that counties will have absolute discretion to run their own age grades internally in whatever way they want.

MOTION 40: This motion proposes changing the inter-county minor grade from U-17 to U-18 and the minimum age of at which a player is eligible to play in it at 14.

MOTION 41: This motion proposes changing the inter-county minor grade from U-17 to U-18 and the minimum age of at which a player is eligible to play in it at 15.

MOTION 42: This motion proposes changing the inter-county minor grade from U-17 to U-18 and the minimum age of at which a player is eligible to play in it at 16.

MOTION 43: This motion proposes that for a player to be eligible to play in adult competitions he must have celebrated his 17th birthday prior to July 1st of the Championship year rather than January 1st which is the rule as it currently stands.

MOTION 45: Motion 45 proposes that where Teams finish with equal points for Qualification for the Concluding Stages of a competition, or for Promotion or Relegation, the tie shall be decided by a play-off at U-17 or younger age grade competitions.

MOTION 46: This motion is looking to increase the severity of penalties that could apply for infractions like racist or sectarian abuse perpetrated on an opponent, team-mate or match official. It proposes raising the minimum level of penalty that would apply to a 48-week suspension.

MOTION 48: This motion is linked to motion number three and seeks to protect the usage of the GAA crest and county crest from unauthorised use.