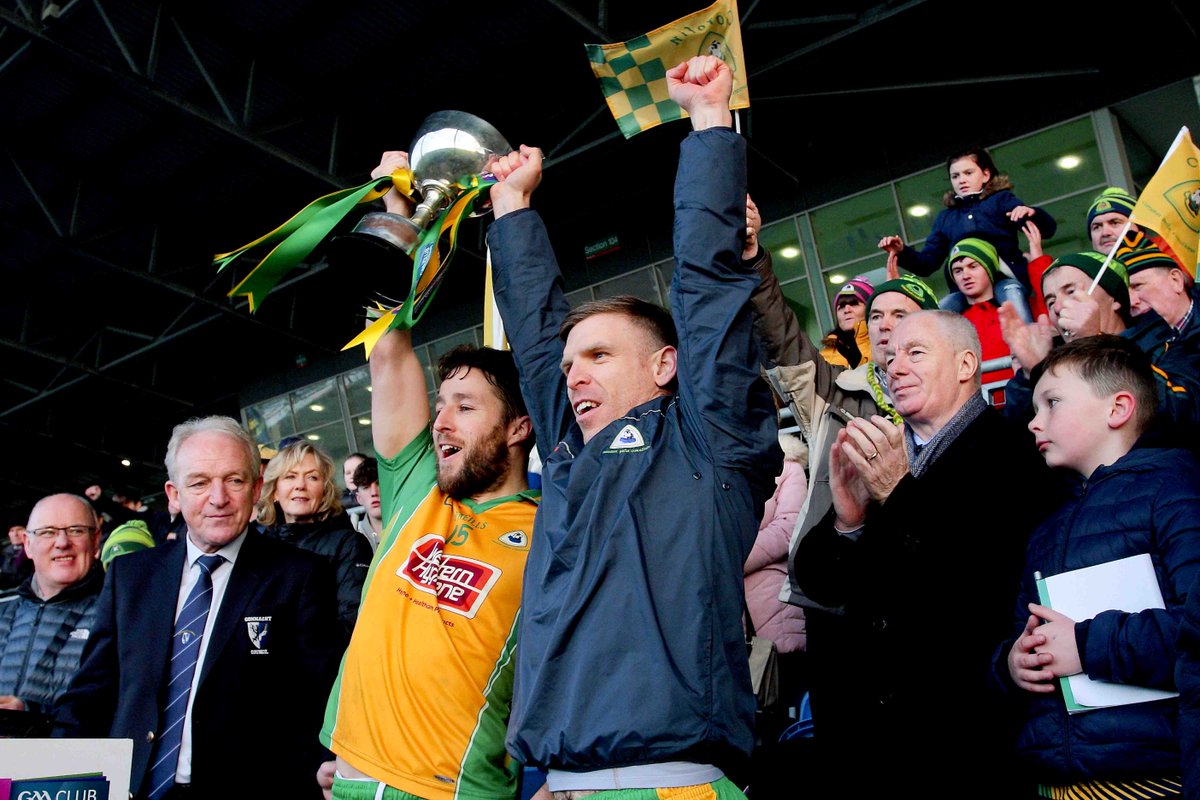 Galway kingpins Corofin were crowned Connacht SFC Club Champions for a third year in a row in MacHale Park this afternoon, but it took the introduction of their magician Ian Burke early in the second half to break the resolute defence of Ballintubber and secure the victory.

Corofin showed massive patience and stayed calm throughout, even when they were struggling to break down the Mayo outfit who often times set up with absolutely everyone inside their own 45. In the fist half, it worked for Ballintubber. They found themselves 0-4 to 0-1 up after starting with manic intensity, Diarmuid O’Connor and Jason Gibbons lording it at midfield and feeding Cillian O’ Connor inside, who was giving verteran full back Kieran Fitzgerald a difficult time of it. Alan Dillon also landed a beautiful point in this opening period, his high shot from 40 metres just clearing the bar after he cleverly created space for himself. A less experienced team than Corofin would have been frustrated by the Ballintubber tactics and lost their composure, but Corofin stuck to their task and they resisted the temptation to force passes that weren’t on, instead settling for keeping possession, going over and back the line waiting for gaps. Such a gap appeared when corner back Liam Silke took a pass on the run in the 25th minute and broke a few tackles before a poor pass to Mícheál Lundy looked like scuppering a golden chance. Lundy had other ideas however and regained possession in the right corner before bustling past his man and rocketing into the top corner of Brendan Walshes net, levelling the teams. Ballintubber weren’t shook by this however and soon after scored a goal of their own. Diarmuid O’Connor rose highest to palm a kick out down to Brian Walsh, who supplied a perfect pass through to Jamsie Finnerty who in turn took the ball beautifully on the turn, causing his marker Silke to slip. Finnerty kept cool to finish low under Power from a narrow angle via the post, restoring the Ballintubber advantage to three which they held until half time. A massive roar from the home crowd greeted the half time whistle as the underdogs smelled an upset and their first ever Connacht title.

Corofin aren’t All Ireland Champions for nothing however, and they quickly wiped out the three point deficit after 5 minutes of the second half with a free from Gary Sice (who had a huge second half), Jason Leonard and a monster Mike Farragher effort from 50 metres. Then came the key moment when All Star Burke was introduced, and barely thirty seconds after coming on he had raised a green flag and swung the game in Corofin’s favour. Sice collected a booming Bernard Power kick out which cleared midfield and bore down on goal before slipping to Burke 8 yards out, who easily rounded the keeper and slotted home. The teams traded points for the next ten minutes, with Cillian O’Connor kicking some tricky frees for Ballintubber and Burke fisting another point aswell as a Sice free. Then outstanding man of the match Kerian Molloy strode forward up the right wing to kick a trademark point and open the gap to 4 with 10 remaining, and Corofin never looked back, with Sice and Liam Silke tacking on more points in quick succession. Ballintubber continued to fight desperately until the final whistle and despite late points from Alan Dillon and Michael Plunkett, the result was never in doubt.

Corofin now march on to the All Ireland Semi Finals in February against the Ulster Champions, and in such red hot form it will take a great team to stop them retaining the Andy Merrigan Cup on Paddy’s day.