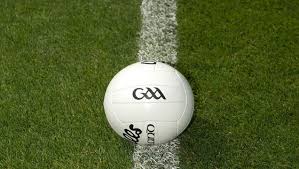 Mayo produced a scintillating second half performance to stun the Rossies and power to the first ever Connacht U20 Title. They now march on to the All Ireland Semi Final against the Ulster Champions on the weekend of the 14th and 15th of July.

Roscommon started quickly, and were on the scoreboard on 2 minutes when midfielder Eddie Nolan marked, turned and instantly delivered into full forward Cian McKeon, who swivelled and kicked it straight over the bar. All it took was three kicks of the ball to get from one end of the field to the other without any hop or solo, a great score. Mayo came into it however and led by five points to two after 15 minutes, Ross Egan kicking four points (3 frees) and flying wing back Paul Lambert adding a point of his own when he blasted over from a narrow angle after threatening a goal. Mayo were tackling hard from midfield up, with the Rossies finding it hard to get out and Mayo turning them over frequently in dangerous areas.

Roscommon wing back Aidan Dowd , who had a fine game, then went on a long powerful run before sliding a low shot which went through a forest of bodies and ended up in the back of Patrick O’Malleys net, putting the Rossies back a point up, 1-3 to 0-5 after 22 minutes. This would have stunned Mayo as they had been the better team and they went back up the other end straight away and had a flicked Conor Diskin effort saved by Brady before Ryan O’Donoghue was hauled down by Lorcan Daly in the large square to win a penalty. Daly was rightly black carded and O’Donoghue picked himself up, dusted himself down and calmly put Brady the wrong way and restored his teams two point advantage. That’s how it stayed until half time, Mayo leading 1-5 to 1-3.

The two goalies were the stars of the start of the second half, first of all Brady slotting a free for Roscommon before Patrick O’Malley landed a 45 a minute later. Brady wasn’t to be outdone however and came up shortly after to thump a 45 of his own into the wind, comfortably clearing the crossbar. After 9 minutes Mayo led by a point, but they soon upped it a gear, inspired by dynamic centre forward and captain Ryan O’Donoghue, who ran at the heart of the Roscommon defence and won frees all day long. Two fast goals in the 15th and 18th minutes from Conor Diskin and Tommy Conroy put the contest effectively to bed. The first goal was the key score, a booming O’Malley kickout was flicked on to the excellent Pat Lambert who collected the ball already at full steam bearing down on the Roscommon fullback line. The Westport man ftransferred to Diskin who calmly rolled the ball to the bottom corner and put Mayo seven up. The game was over when Tommy Conroy went on along the endline and blasted to the top corner, but there was still time for sub Colm Moran to get two good points, Stephen McGreal and Evan O’Brien to add a score each and Pat Lambert to seal his brilliant individual performance with two more sweetly struck outside of the boot points to add to his first half effort. Unfortunately for Roscommon once Mayo upped their intensity they had no answer, and they also lost Damien Duff and Cian Mckeon to late red cards to confound their disappointment. However, when the dust settles manager Shane Curran will be able to look back on the two previous championship games against Sligo and Galway and take many positives for this young group of players moving forward.