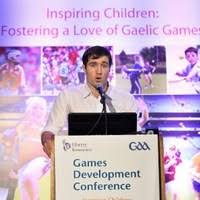 Connacht GAA is pleased to announce the appointment of Cathal Cregg as the new Connacht GAA Provincial Games Development Manager in succession to John Tobin.

Cathal has worked as Head Strength & Conditioning Officer with Connacht GAA for the past 5 years having previously qualified with a Sport Science Degree and a Research Masters in Exercise Physiology from Dublin City University and is currently finishing his PhD.

He is a member of the Western Gaels GAA club in Roscommon and has been part of the Roscommon Senior Inter-County football team since 2006. He has represented Connacht on many occasions since 2007 winning an Interprovincal title in 2014, played for Ireland in the 2014 International Rules Series in Australia, won two Sigerson cups with DCU and a freshers All-Ireland with NUIG.

Connacht Under 20 and Minor 2021 Championship Details