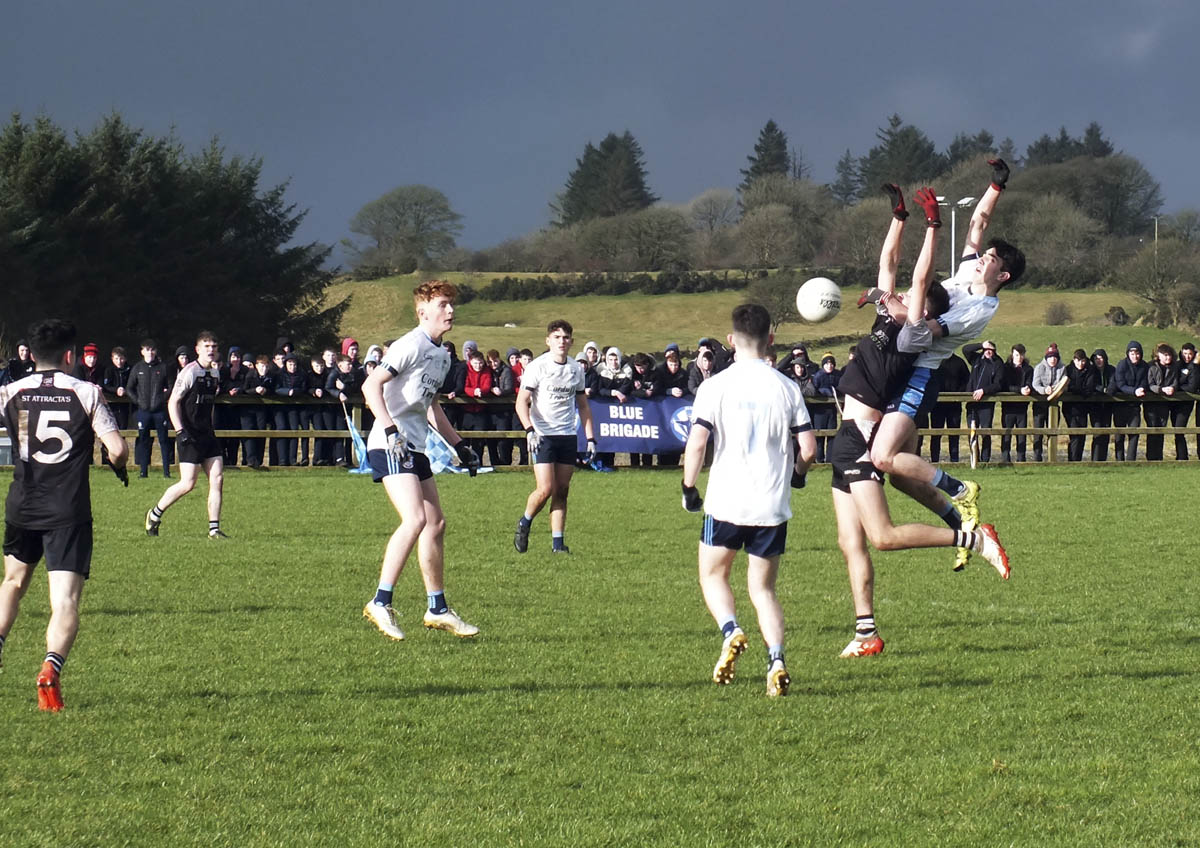 Whoever wins the Connacht GAA Post Primary School Senior A Cup this Saturday in Tuam Stadium, it will result in a new name being etched on the famous Aonghus Murphy Memorial Cup as neither Rice College or St Attracta’s have ever won the biggest prize in Connacht Colleges Football. St Attracta’s have been knocking on the door for the last number of years, having been beaten in three of the last four finals so they will be thinking that this year is finally their turn. Rice College will be confident they can climb the steps themselves in what will be the first ever Senior A Championship Final in the schools history.

The two teams met already earlier this season in the League Final and served up as intense and engrossing a game of football that you could wish to see, despite the customary rotten January weather. With both sides cheered on by vociferous support, it was St Attracta’s who eventually came out on top at the final whistle on a scoreline of 2-8 to 1-7. First half goals from star forwards Conall Ryan and a Red Óg Murphy rocket from 21 metres were the decisive scores in this contest as St Attracta’s managed to win despite failing to register any second half score. Rice College fought desperately in the second half to claw back the Sligo men’s advantage, and with Lambert and Loftus dangerous in the full forward line it looked half way through the second period like the momentum had shifted in their favour. However St Attracta’s showed excellent maturity and managed to stay calm and weather the storm to win their second League Final in a row.

To get to the final, Rice College beat 48-time champions St Jarlath’s Tuam 2-16 to 1-13 in a thrilling game at the Connacht GAA Centre, coming from 1-8 to 0-9 behind at half time to take the spoils. Rice College finished strongly, rattling off the final 3 points of the game to secure their place in the decider. In the other semi-final, St Attracta’s showed their class in the second half to beat St Gerald’s, Castlebar 3-12 to 1-7. This contest was in the balance at half time with the Sligo side holding a slim 1-6 to 0-6 point advantage, but the experience of Attracta’s having been in the last two Championship finals showed in the second period and they managed to pull away thanks to a blistering third quarter.

The winners of the Connacht Final will progress to the All Ireland Semi Final against the Leinster Champions on the 24th of March, with a place in the final of the Hogan Cup in Croke Park at stake, which will take place on the 7th of April.