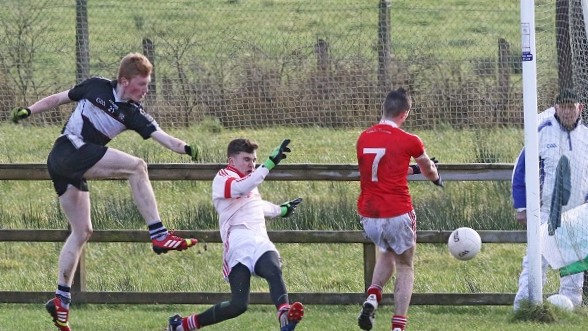 The 2017/2018 Connacht GAA Post Primary Schools Senior Football Championships are all nearing their conclusions at A, B, C and D level.

At the A Grade we are still at the semi-final stage, which will both take place this coming Wednesday the 21st of February at 12.30pm. The two finalists in the League Rice College and St. Attracta’s are still on course to meet in the final of the Championship also. To get to the final, league winners St. Attracta’s will first have to get past St Gerald’s in Knockmore GAA Grounds and Rice College will face St Jarlath’s at the Connacht GAA Centre. The Senior A Final will take place on Saturday the 3rd of March.

At Senior B level, Scoil Mhuire Strokestown await the winners of St Nathy’s College and St Joseph’s in the final. To get to there, Scoil Mhuire overcame Presentation College Athenry 2-12 to 1-11 at the Connacht GAA Centre last Tuesday evening. The semi-final between St Nathy’s and St Joseph’s will take place this coming Tuesday 20th February at 6pm at the Connacht GAA Centre and the final will be played on Saturday the 24th February.

The Senior C competition is at the semi-final stage, the winners of Coláiste na Coiribe and St Paul’s Oughterard will play Gortnor Abbey Crossmolina or Colaiste Chiaráin Athlone on Saturday the 24th of February. The first semi final between Coláiste na Coiribe and St Paul’s Oughterard takes place at 12noon on the 16th of February in Moycullen. Gortnor Abbey Crossmolina and Colaiste Chiaráin Athlone will play on Tuesday the 20th of February at 12.30pm at the Connacht GAA Centre.

The Senior D finalists are already determined, Scoil Chuimsitheach Chiaráin Ceathrú Rua, who beat Coláiste Mhuire Ballymote 6-11 to 2-14 in the semi-final, will play St Cuan’s Castleblakeney, who themselves were 2-7 to 0-11 victors over Coláiste Iascaigh in their semi-final. This final will take place on Monday the 26th of January in Pearse Stadium at 12.30pm.

Please note the following venues and times are subject to change due to the ongoing inclement weather. Consult connachtgaa.ie/schools/ where all changes to any match details will be displayed.