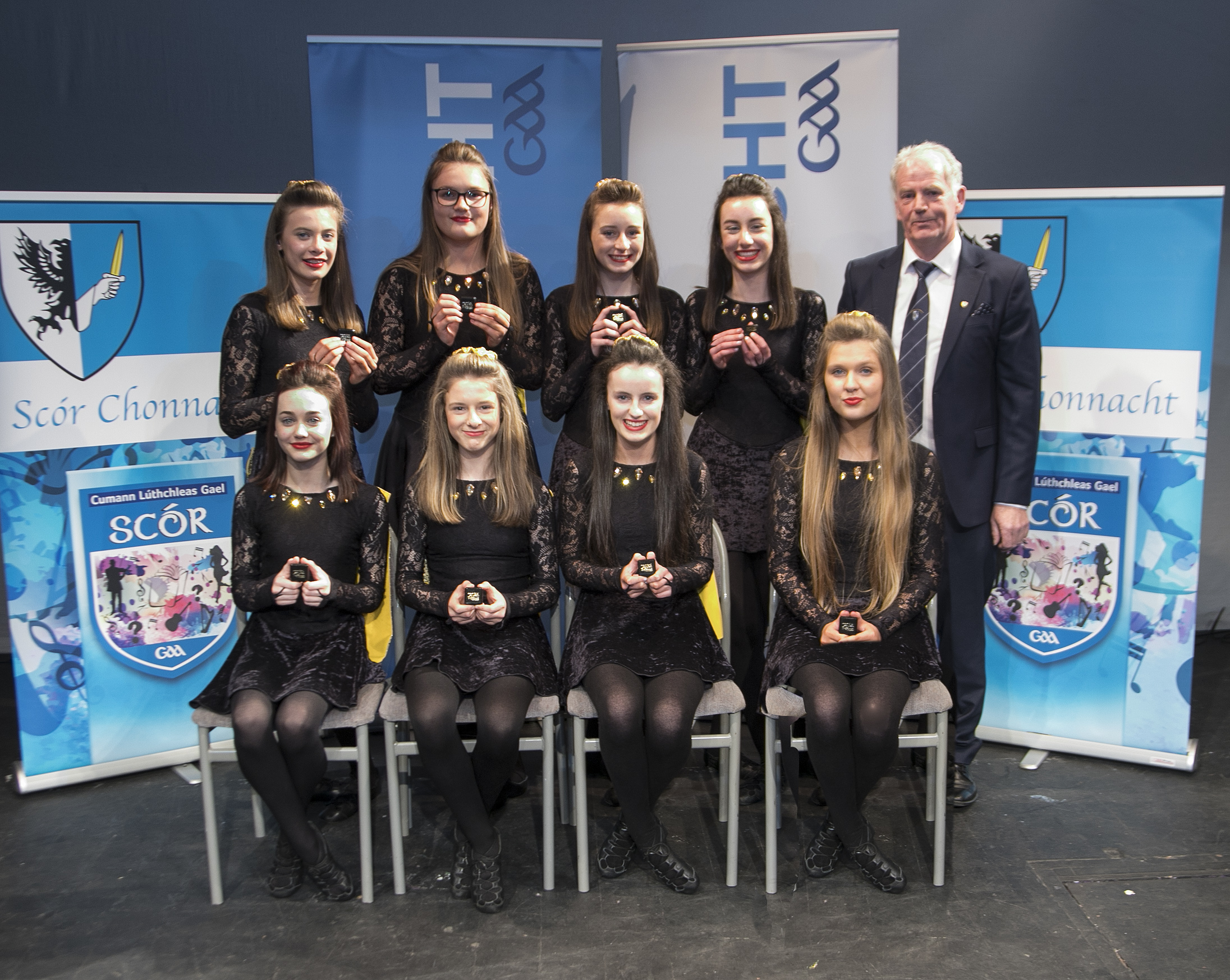 The splendid surroundings of the Town Hall Theatre in Ballinasloe played host to the Connacht GAA Scór na nÓg Final 2022 on Saturday last. The cream of GAA Under 17 talent from across the province gathered in the Galway town to contest Connacht GAA’s cultural showpiece and earn the right to represent club, county and in the All Ireland Scór an nÓg Final.

The first event for decision was the Tráth na gCeisteanna. Menlough/Skehana (Galway) Castleconnor (Sligo) and Kilglass Gaels (Roscommon) qualified from the preliminary table quiz round at the expense of Bornacoola (Leitrim). In the stage final, it was the Galway representatives who came out on top with a score of 80 points, with Roscommon and Sligo placing second and third respectively.

The Rince Foirne competition saw teams from St. Thomas’ (Galway), St. Mary’s (Leitrim), Castlerea St. Kevin’s (Roscommon) and Louisburgh (Mayo), turn in graceful performances of their dances. However, it was the West Mayo club who took top honours and secured their place in the national final.

The Amhránaíocht Aonair event was hotly contested. Rachel Mallon (Bornacoola, Leitrim), Peter Fox (Moy Davitts, Mayo) and Rachel Feeney (St. John’s, Sligo) delivered great renditions of their songs. But it was Gemma Casey of St. Dominic’s, Roscommon, who won the hearts of the adjudicators with her delivery of ‘The Home I Left Behind’, beginning a winning streak for the Rossies.

But the history making did not end there for the Kilmore club. Their Ballad Group’s performance of ‘John Williams’ and ‘The Mad Lady and Me’, won them the coveted provincial crown and a second ever title for the North Roscommon club. In doing so they overcame the gallant efforts of Bornacoola (Leitrim) and St. John’s (Sligo).

In the Novelty Act competition, the challenge of Elphin from Roscommon gave way to St. John’s of Sligo. The young Sligo actors enthralled the audience with their witty and thought provoking take on the ‘Táin Bó Cúailgne’ and in doing they secured the county’s place in the winning enclosure.

Without doubt, the Ceol Uirlise discipline delivered the evening’s highest standard of competition. Dromahair (Leitrim), Shamrock Gaels (Sligo) and Moy Davitts (Mayo), all gave fantastic performances of their tunes. But it was the top class delivery of Galway’s Claregalway, who impressed the adjudicators in what must have been a tight affair.

In the Rince Seit, Elphin of Roscommon and Annaduff of Leitrim battled it out for a place in the final. The Leitrim champions delivered a rousing performance of the Plain Set, to take the title from their Roscommon rivals in a well contested competition.

A huge well done to all of the young people who represented their clubs and counties on Saturday. A massive word of thank you to the committee and staff of the Town Hall Theatre Ballinasloe for their assistance and help to ensure the event ran smoothly. A word of appreciation also to our wonderful Bean an Tí, Éadhaoin Ní Mhaicín, who kept proceedings efficiently moving and to our Quiz Master, Aidan Walsh and adjudicators for their diligent services. Thank you also to the stewards from Connacht GAA.

The All Ireland Scór na nÓg 2022 Final will be held in the INEC Killarney on Sunday 1st May. This will be an all ticket event and County Cultural Officers/Scór committees will be in contact in the coming days with details and more information.