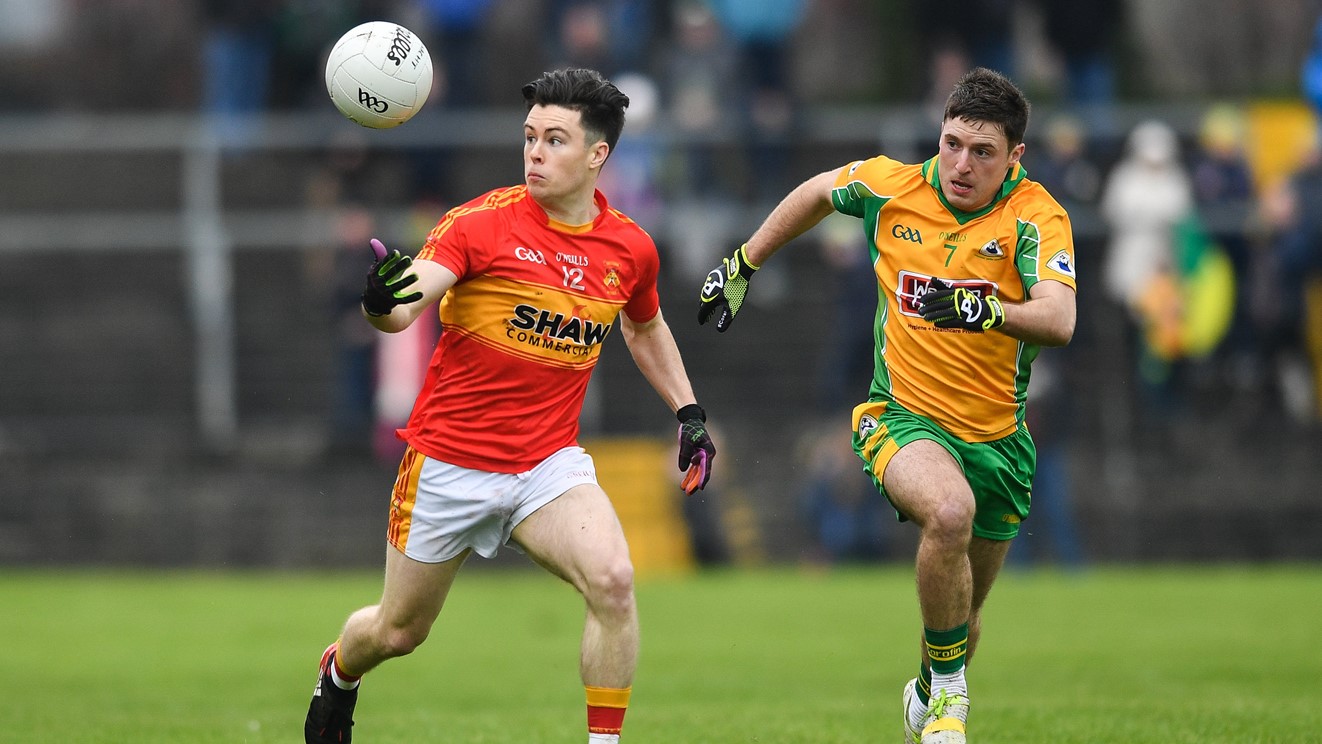 By Cian O’Connell for GAA.ie at Tuam Stadium

When Corofin and Castlebar Mitchels clash out west drama is inevitable and this match dripped with intrigue.

On a grim, grey afternoon it was Corofin, who stayed the distance at Tuam Stadium securing a stirring win over a wonderfully spirited Castlebar Mitchels.

The Mayo standard bearers reeled off the last five points in normal time, but when the action resumed Corofin’s emerging talent delivered when it truly counted.

Ciaran Brady made a significant impact at centrefield helping to steer Corofin to another western title and a December 9 All Ireland Quarter-Final at McGovern Park against Fulham Irish.

Tight, tense, and tactical the opening period illustrated why these two clubs are serial winners in Galway and Mayo.

Both outfits were defending in diligent fashion, while they were careful with shot selection in attack too.

Ultimately, though, Corofin went in protecting a 2-4 to 1-3 advantage at the break as they responded impressively to the concession of an early goal.

That Mitchels major arrived in the third minute and it was all about the industry of Neil Douglas and Cian Costello, who released Aidan Walsh to palm a goal.

Corofin remained cool and plundered a 10th minute goal of their own when Liam Silke’s pass located Colin Brady and the Galway Under 21 player rattled the Castlebar net.

It remained hard fought with Corofin 1-4 to 1-3 ahead when a splendid quick free from the nimble Ian Burke was gathered by Micheal Lundy, who stayed cool to clip a goal.

After the restart Corofin nailed three of the first five points to edge 2-7 to 1-5 in front, but Castlebar finished with a flourish.

Five points on the spin in the closing stages from David Stenson (three) and Neil Douglas (two) to force extra-time.

Stenson curled over the leveller late on with Corofin’s resources stretched following the injury enforced departures of Kieran Fitzgerald, Ciaran McGrath, and Lundy.

Stenson narrowed the gap to two, but in the second period Corofin dictated the tone with Sice, Barry O’Donovan, and Martin Farragher converting scores. It was a decisive burst and Kevin O’Brien’s team retained the Shane McGettigan Cup with equal measures of defiance and dynamism.