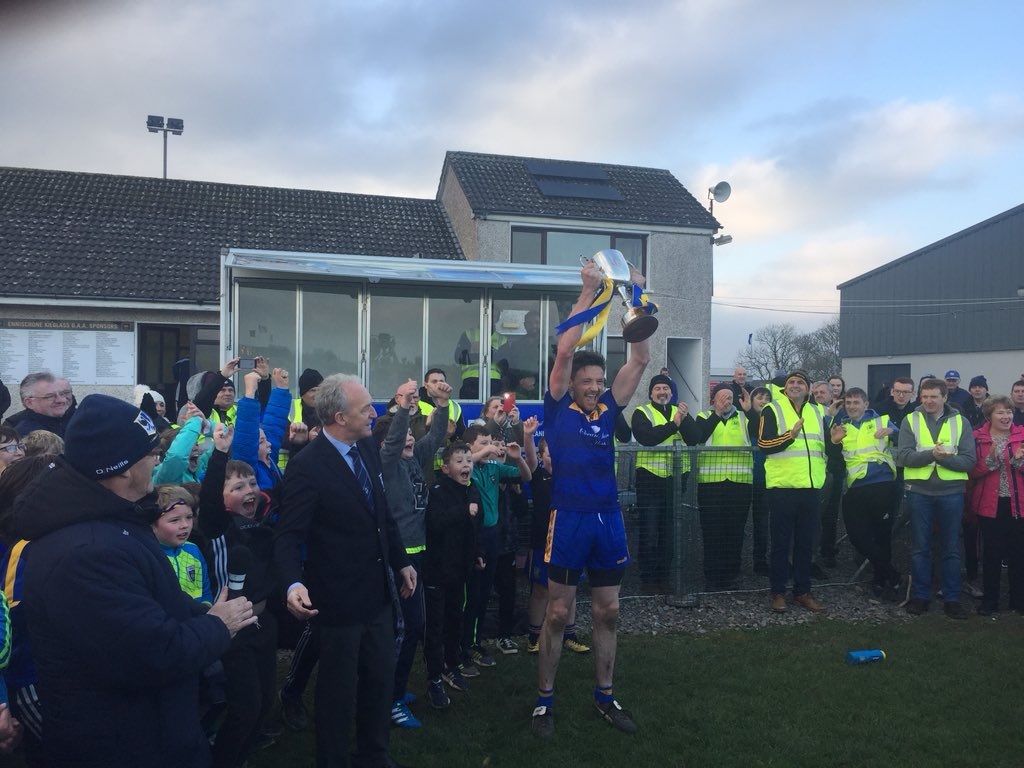 Full Forward Ryan McKenna will be the toast of Easkey for the winter after he kicked an incredible point from what seemed like the corner flag with the last kick of the game to secure a most dramatic Connacht Junior Final win for the Sligo men, after a rollercoaster of a game that looked like it was destined for extra time.

Easkey led by 1-8 to 0-2 at half time having played with the strong wind at their backs in the first half. County man Declan Kyne opened the scoring in the game for Clonbur after a barnstorming run in the seventh minute, but after this Easkey took over. Man of the match Rory McHugh hared through and was desperately unlucky to see his rasper hit the bar and go over rather than under, but moments later Emmet Healy (who had a fine game and must have covered every blade of grass on his way to scoring 1-3) made no mistake from the same position to put Easkey 4 up. Midfielder Mullen and corner forward Andrew Kilcullen (twice) then landed scyscrapers from long range to put the Sligo team firmly in control at the long whistle.

When Healy slotted over the first two points of the second period it looked like Easkey were home and hosed, before Clonbur started their remarkable comeback, the launchpad for which was provided by the two Kyne’s Alan and Declan and team captain Cathal Burke around the middle, who shaded the midfield battle over the hour with some spectacular fielding in particular catching the eye. Centre forward Eoin Joyce was unerring in this period from his frees, kicking 5 in a row as Clonbur stunned their opponents by reeling them in and drawing level in the 61st minute. Walter Holleran had goaled in the 45th minute to ignite the Galway mens charge, fisting home after Marin Kerrigan set him up with a brilliant improvised flick. Having done all the hard work Clonbur will have been devastated to not have at least forced extra time, but due to McKenna’s heroics it wasn’t to be for them.

The large crowd in Enniscrone (who must be credited for having their venue in tip top condition for the decider) were enthralled throughout and the scenes of pure jubilation from the Easkey fans at the final whistle showed just how much a provincial title still means to clubs. Easkey march on now to the All Ireland Semi Final after Christmas with the dream of playing in Croke Park very much intact.