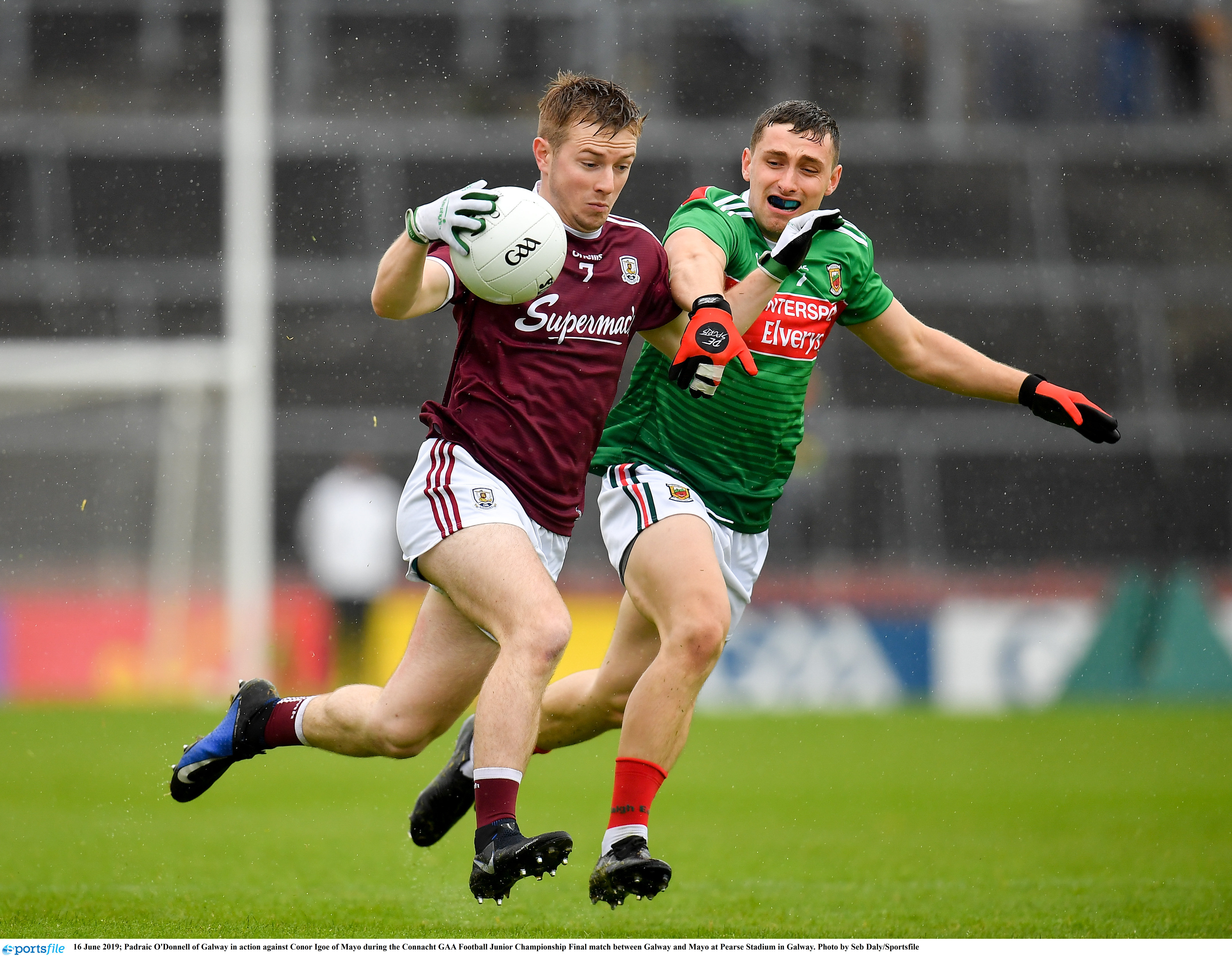 16 June 2019; Padraic O'Donnell of Galway in action against Conor Igoe of Mayo during the Connacht GAA Football Junior Championship Final match between Galway and Mayo at Pearse Stadium in Galway. Photo by Seb Daly/Sportsfile

Galway Juniors narrowly edged out Mayo in the Connacht Final today after a low scoring game played in greasy conditions in Salthill. They led from pillar to post after Thomas Gleeson opened the scoring in the eight minute, leading by as much as seven in the second half before a spirited Mayo comeback brought the gap to just a point in the closing stages. Galway were able to cling on however, after a match that never really caught fire in the drizzle.

It took Mayo until the 25th minute to hit the scoreboard, by which time Galway had 1-2 notched. Their goal came after the best bit of play of the game, full forward Jonathon Ryan showing great vision to loft a pass over the defence to Thomas Gleeson who drifted into the danger area and buried low past Schlingerman in the Mayo goal. 1-3 to 0-2 was the half time score, Galway well on top with sub Alan Molloy having a big influence at midfield after being introduced.

Man of the match Padraic Ó’Donnell opened the second half scoring with a brilliant point off the outside of his boot from long range in the 4th minute. Galway’s other wing back Damien Morrin then popped up for a nice point minutes later and it looked like Galway were going to kick on to win with ease. Mayo got going however, with Ronan Conlon driving on well firm defence and sub Pádraig Predergast improving the forward line after being introduced in the 45th minute. Adrian Leonard kicked a fine point off his left from the left wing on the run to reduce the deficit to the minimum, but they were unable to force extra time despite their best efforts.