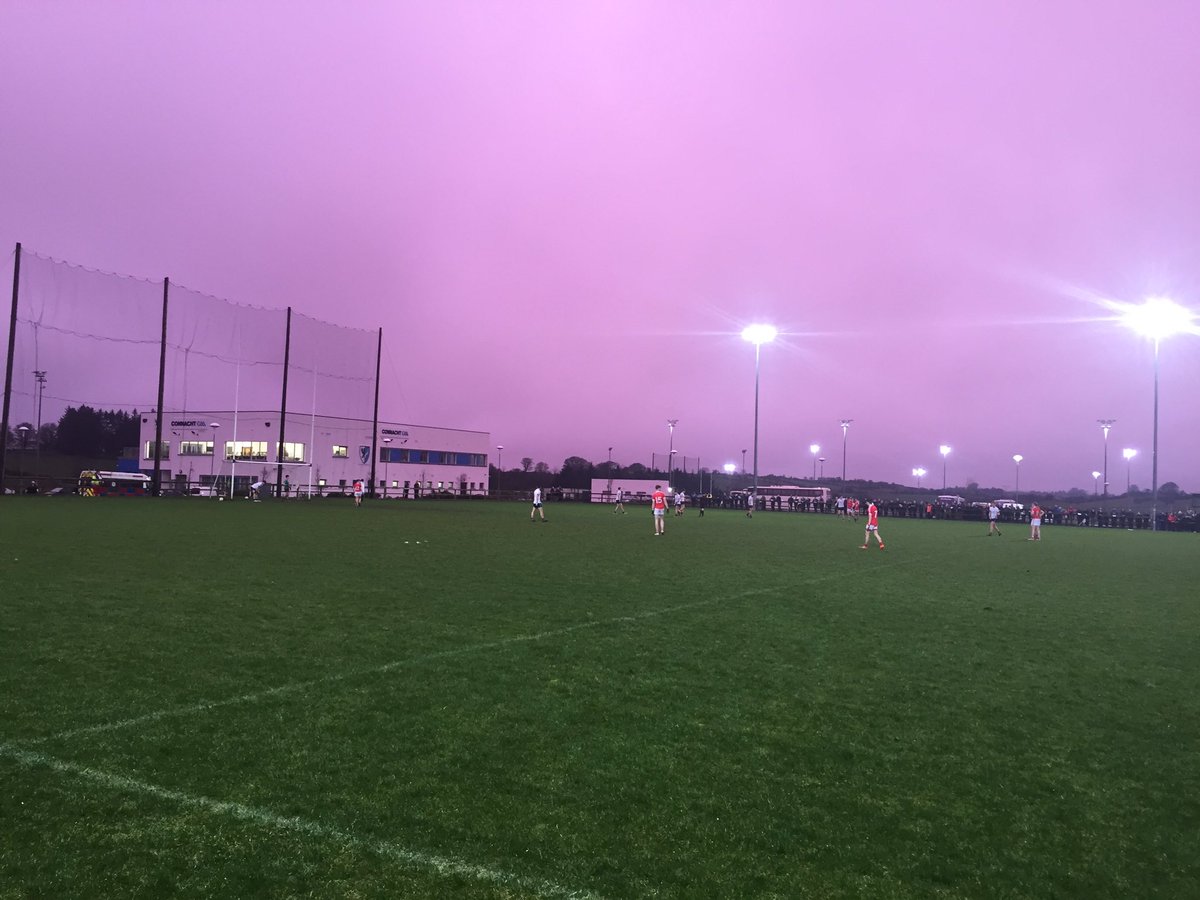 In a cracking contest played at a ferocious intensity throughout, it was St Colman’s College Claremorris who dethroned champions Rice College, Westport with three quality goals propelling them to victory. After a tight start where the hits were flying and space was a premium it was 0-2 each after ten minutes before Steven Nyland was hauled down in the penalty area and Conor McGuinness coolly rolled the ball down the middle to give Colmans some breathing space. 5 minutes later Padraig Cummins raised a second green flag for the Mayo school, overlapping brilliantly after a lightening fast counter attack led by the powerful Cillian Golding. Golding had a titanic battle throughout the 60 minutes with Jack Carney at centre field, two outstanding prospects to watch out for. Despite the Colman’s dominance on the scoreboard it was Rice who were shading it on the possession stakes, with Carney’s midfield partner Patrick Chambers also outstanding, scoring two excellent first half points. Ethan Henry was another who caught the eye all through for St Colman’s and he kicked the score of the game from way out before the break to gave Claremorris a 2-5 to 0-6 lead at the long whistle.

Westport emerged from the dressing room with fire in their belly’s and by th ened of the third quarter they were level, with Cillian Heaney scoring 5 points in a row for them and Mark Moran beginning to have a huge influence on the game after being stationed closer to goal. Indeed when Moran landed the equaliser to make it 2-5 to 0-11 it looked like all the momentum was with Rice College. St Colman’s wrestled back control impressively though through frees from McGuinness and Matt Saunders, before substitute James Jennings landed the killer blow for his team, following up like all good goal poaching corner forwards should to lash home a rebound and put them 6 up. Rice College refused to give up their crown without a fight however and sent Carney to full forward, where he immediately caused carnage when he fisted a high ball off the crossbar which Stephen Loftus then smashed home to reduce the deficit to two. Rice were unable to complete the comeback however and St Colman’s were able to see the game out and set up a Connacht Colleges Senior A final appearance on the 16th of March against St Gerald’s or St Jarlath’s. This was a very exciting game played in a good sporting spirit from the first minute which St Colman’s just shaded and the running power and defensive solidity they possess will undoubtedly give any team they come up against for the rest of the season big problems.