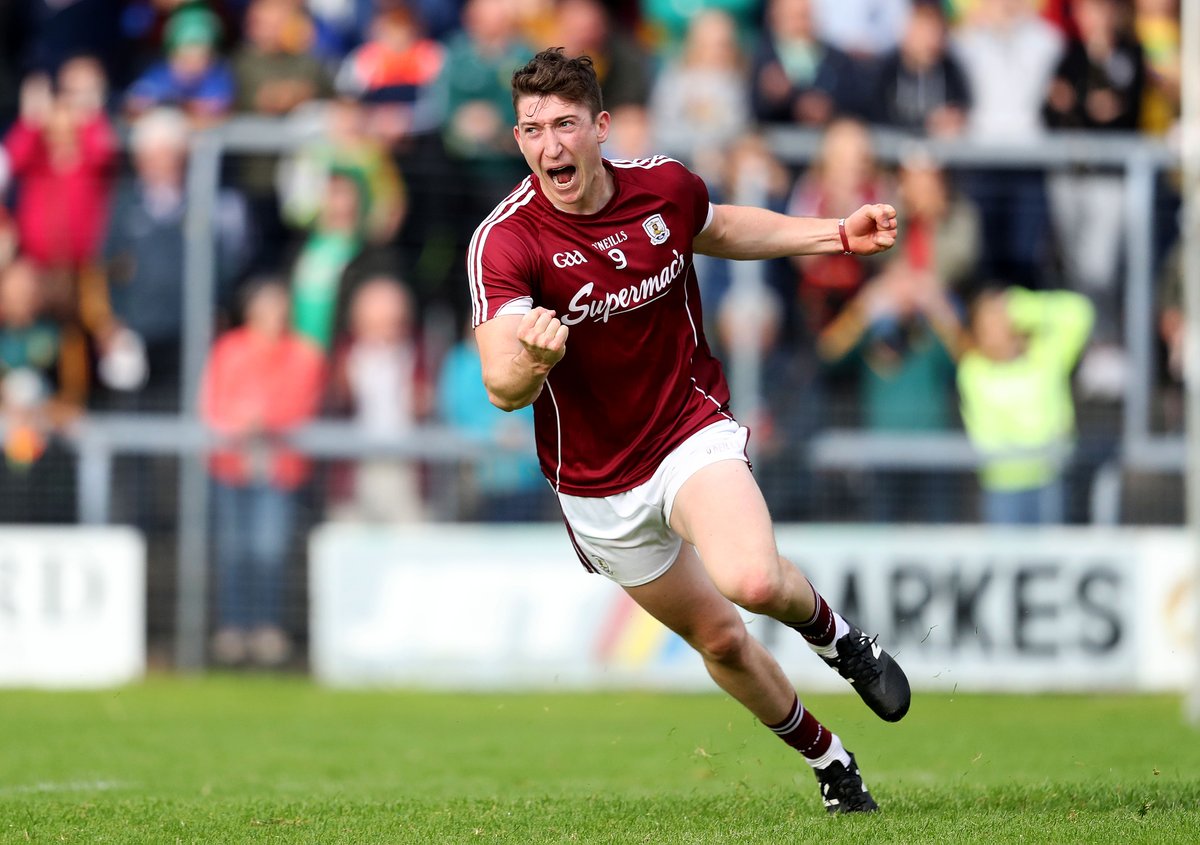 A 74th minute Johnny Heaney goal was the difference between the two sides as Galway won an absorbing arm wrestle with old rivals Mayo in Salthill. It was a ferocious battle from start to finish as was to be expected, with both teams not giving an inch.

Mayo started with intent, roared on by a voracious home crowd at a MacHale Park that was packed to the rafters. Conor Loftus got them off the mark with a routine free, his task made easier by the dissent given by the Galway players to Conor Lane, giving him reason to bring the ball forward. Galway then rattled off three fast points, Seán Armstrong scoring their first after Cathal Duggan fielded a kickout spectacularly and threaded a nice pass to him through traffic. Damien Comer then got going, with Chris Barrett who was a late inclusion in the Mayo 15 picking him up. His second point kicked off balance off his left foot was a point only he could score, showing amazing strength to hold off Barrett and kick accurately. Mayo were being wasteful at the other end, and kicked 6 wides to Galway’s 2 in the half. However they soon found their range and aided by some nice Loftus frees and a trademark Kevin McLoughlin outside of the left boot effort, they levelled the score at 5 all with 30 minutes on the clock. Shane Walsh then jinked past Eoin O’Donoghue to land a lovely score to put Galway’s noses back in front, before the key moment of the game occurred with Diarmuid O’Connor getting a straight red card for an elbow to the head of Paul Conroy, who would not return to the action following the blow. O’Connor could have no complaints. Duggan then landed a nice point for Galway after Johnny Heaney tapped down to him, before Andy Moran scored on the stroke of half time to leave the bare minimum between the sides as the players left the field at the long whistle.

Mayo were level after four minutes of the second half, Keith Higgins surging through the heart of the Galway defence to score. Shane Walsh then dropped a ball into David Clarkes hands when he had an easy chance for the second time in the game, from which Tom Parsons pointed at the other end to give Mayo their first lead since the third minute. Walsh quickly made amends at the other end for his carelessness to level the scores with another classy score. Then came another huge moment when Tom Parsons, who was having a colossal game, was forced off with a nasty looking leg injury. The game at this point was tight and tense, and Andy Moran showed his experience to cleverly nudge Seán Andy Ó’Ceallaigh out of the way to set up a score and tie the game at 9 all after Walsh had scored a free at the other end. Duggan, who had a huge game at midfield for Galway on his Championship debut then put the Tribesmen back ahead with a sky scraper of a point only for Cillian O’Connor, who came in for Parsons to smartly equalise with the outside of his foot. The teams exchanged points in an absorbing contest until the 74th minute, when Heaney struck.It was a brilliant Galway worthy of winning any match as Duggan kicked to the corner to Burke who won it well over his head before laying off to Seán Kelly who fed the onrushing Johnny Heaney, who in turn blasted past Clarke to put the travelling fans into raptures. Tom Flynn then made two significant contributions after being reintroduced for the black carded Peter Cooke, first plucking a kickout from the clouds then finishing the move at the other end to seal the victory for Galway with a fisted point in the 78th minute. Galway now advance to the Connacht Semi Final against Sligo in Salthill on June 3rd, while Mayo must navigate the shark infested waters of the Qualifiers if they are to reach the Super 8s.