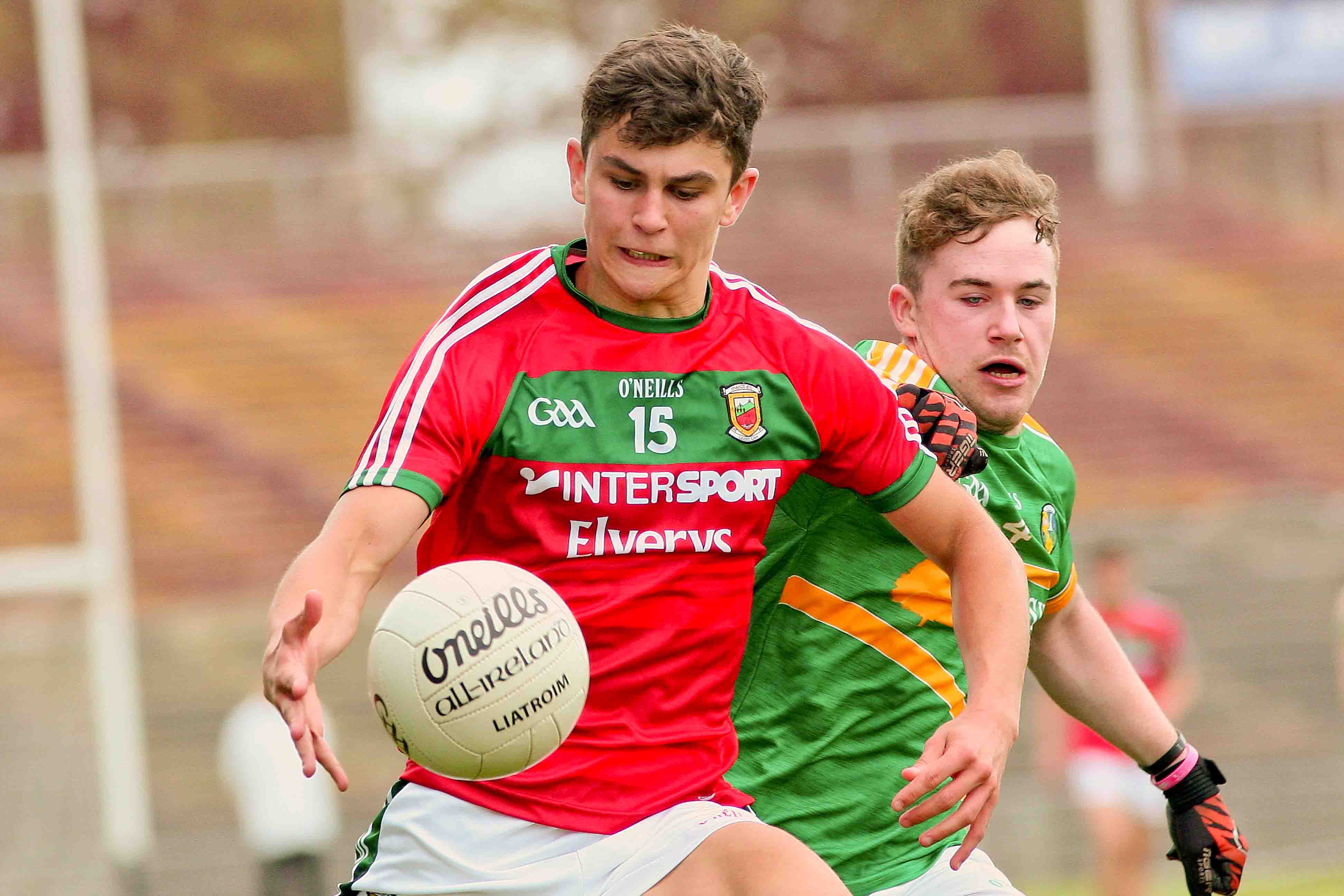 Mayo cruised to a 21 point victory over Leitrim in the Connacht Semi Final, with sharp shooting full forward Ross Egan helping himself to 0-12 points and 9 players getting in total getting on the score sheet.

Mayo were absolutely brilliant in the first half, with 1-12 on the board at the break having only registered one wide which didn’t come until the 28th minute. The impressive shooting by any standards was best encapsulated by full forward Ross Egan who had a field day, landing 7 quality first half scores, with 4 of these coming from play. Mayo centre back Oisin Mullen took advantage of the Leitrim managements decision to post Eoin Kenny as a sweeper by mopping up numerous balls intended for the Leitrim full forward line and launching attack after attack for his team.

Jordan Reynolds scored a superb goal for Leitrim in the 11th minute, fetching Marc Dolans high delivery before swivelling and rifling low to the bottom corner of the net. This was just a brief reprieve for Leitrim however and Oisin McLoughlin soon raised a green flag at the other end with a fantastic solo goal, winning the kick out and burning his marker before slipping the ball cleverly into the bottom corner. McLoughlin then landed the score of the match with an outside of the boot shot from the left wing. Despite the best efforts of Aaron Hoare for Leitrim in particular in the middle third, Mayo were dominant from kickouts as they were in truth all over the field. Leitrim were glad to get into the dressing room at half time to attempt to reorganise, trailing 1-12 to 1-1 at the long whistle.

Two brilliant Tommy Conroy points and two more from Egan early in the second half stretched the Mayo advantage further still and things went from bad to worse for Leitrim when wing back Sean Harkin was given a straight red for a high tackle 8 minutes into the half. Leitrim keeper Darren Maxwell pulled off three superb saves in the second half, first from a Ryan O’Donoghue peanalty in the 14th minute then tipping a Ross Egan shot onto the post before denying Colm Moran shortly after from close range, but it mattered little as Mayo were in complete control. Colm Moran, Seán Óg Tigue and goalkeeper Patrick O’Malley with a 45 all got onto the scoreboard in the second half as Mayo ran out the most comfortable of 21 point winners.

Mayo will now face the winners of Galway and Roscommon on Connacht Final day on the 17th of June at 1pm as the U20 final is the curtain raiser to the senior decider.