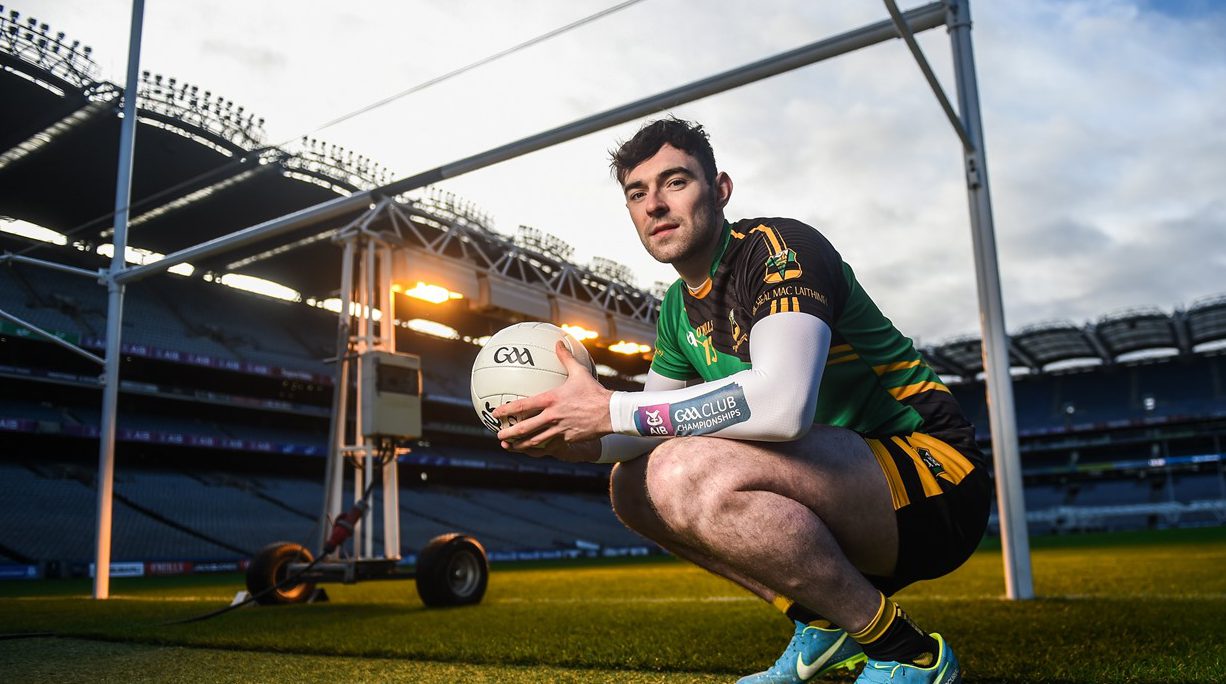 Something will have to give when the irresistible attack of Michael Glaveys meets the immovable defence of Moy Tír na nÓg in Saturday’s AIB All-Ireland Intermediate Football Final.

Andy Glennon has been the main man for Glaveys on their run to the Final, scoring 12 points from play in those last three matches, and is hopeful the wide, open spaces of Croke Park will suit his team’s attacking philosophy.

“Yeah, it’ll be interesting to see,” he told GAA.ie “We have a week to prepare for it and we’ll have a plan hopefully for them that we’ll work on between now and then.

“It’s a big pitch here and that will suit us, hopefully. We’re a young team and we’re probably a lighter team than they are. So we’d be hoping to use the wide spaces and keep out of contact.”

The Roscommon champions are a young side, but they’ve grown up a lot in the last couple of years.

They also won the Roscommon Intermediate Championship back in 2015 but were relegated back to where they had come from after just one year of senior championship football.

Glennon, 24, believes that season of senior club football was too much too soon for their young group, and that relegation was ultimately good for them in the long run.

“Yeah, we were young I suppose, probably too young and too light for senior,” he said. “So it was probably the best thing that ever happened us, to get relegated.

“With that, we brought in a new manager in Ian Daly and a new backroom staff and that revitalised us.

“He really brought a new brand of football to us. Just free and open football and luckily it has worked for us so far.

“We’ve a couple of young minors after coming through who just joined us this year and they’ve really driven it on as well.

Michael Glavey’s are located in the narrow finger of west Roscommon that stretches between Galway and Mayo.

Were Glennon to walk out his front door in Cloonfad and head down the road 100 yards in one direction he would be in Galway, and were he to turn the other way and walk 100 yards in that direction he’d be Mayo.

It’s a rural area and life revolves around the club’s fortunes, so, not surprisingly, Saturday’s trip to Croke Park is a red-letter moment for everyone in the community.

“This is the biggest day in the club’s history, yeah, definitely,” said Glennon. “Before we played Bohola Moy Davitts in the Connacht semi-final we had never won a game outside of Roscommon.

“That really was the start of it. Once we won that we kind of sat down and looked at ourselves and said, ‘we could really go a long way here if we put our heads down’.

“Thank God, we worked hard and everything went to plan and we’re here now looking forward to Saturday.

“Buses are being organised and there’ll be a big crowd up here from the West. It should be good, we’re really looking forward to it, we’re raring to go, so we are.”