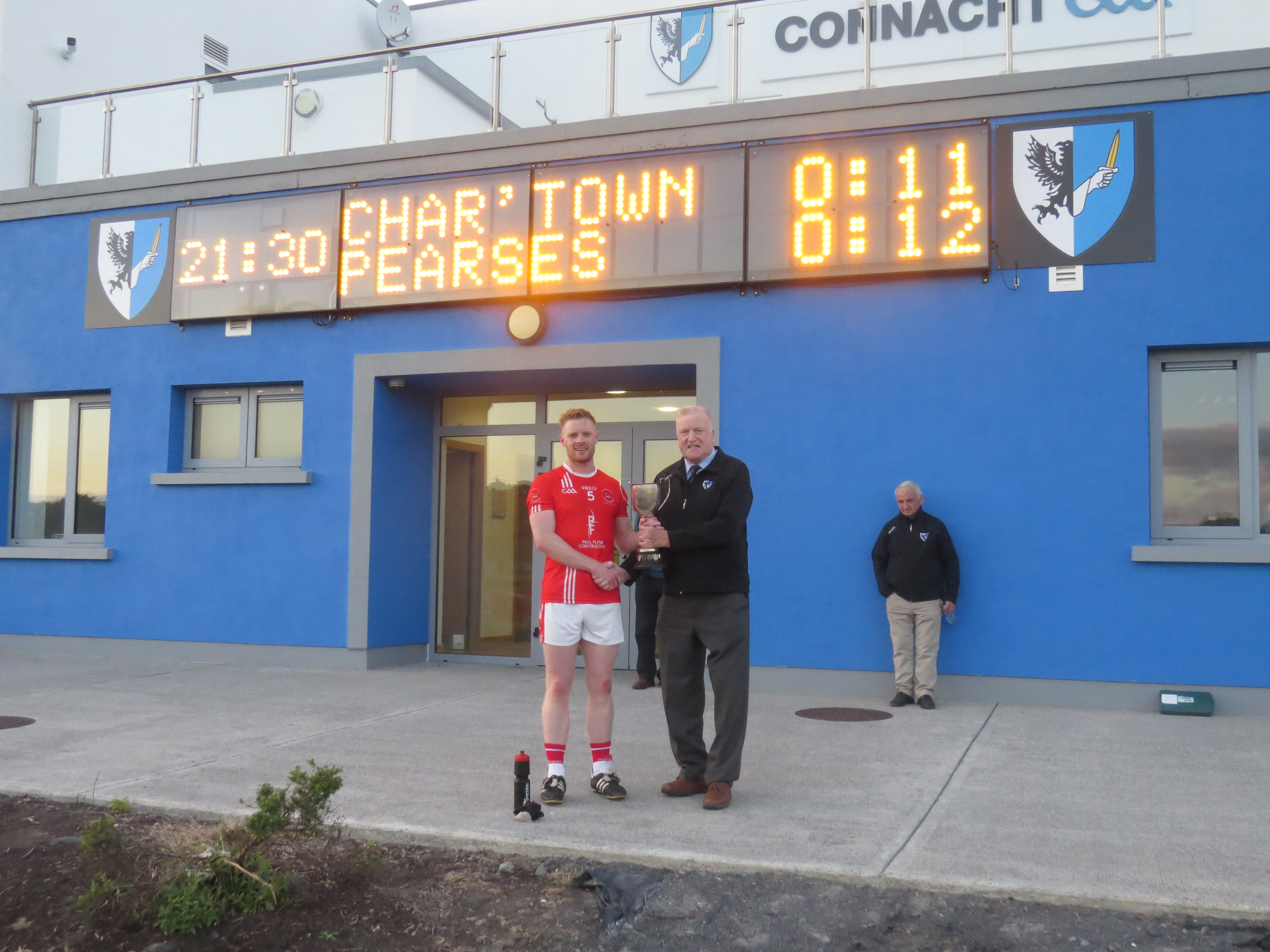 Padraig Pearses got the better of Charlestown in the 2018 Final of the Leo Kenny Cup, played in glorious sunshine at the Connacht GAA Centre in Bekan on Tuesday, July 18th. In what was an absorbing battle from the opening whistle, the Roscommon men were undoubtedly marginally the better team over the course of the 60 minutes as they never trailed after the third minute when Ryan Duffy opened the scoring for Charlestown. 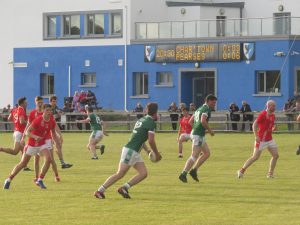 Ronan Daly was on form from placed balls for Pearses early on and landed three in a row to leave his team 0-4 to 0-1 up after 10 minutes. Colm Maye at the other end was just as accurate and he kicked two crucial frees  right at the end of the half to narrow the gap to a single point at the long whistle, Padraig Pearses going to the dressing room 0-6 to 0-5 up. Pearses should arguably have been further in front, but too often in that first period their shooting left them down when the created good opportunities for themselves with hard running and impressive kick passing. For the Mayo men, veteran Aidan Higgins was extremely effective as an extra man in defence setting up attacks from deep and Ryan Duffy also provided a good outlet for them, linking play between defence and attack.

5 minutes into the second half Padraig Pearses were reduced to 14 with influential midfielder Eamon Donoghue receiving  his second yellow card. Despite this loss Pearses kept their composure and with Niall Daly and Tom Butler having a big influence in the middle third and the inside line of Hubert Darcy, Ronan Daly and Sean Fahy a constant threat, they were able to see the game out and secure the victory. 3 minutes into stoppage time corner back David Whelan fisted the insurance point to put them 0-12 to 0-10 up and despite Maye pointing his seventh score of the game shortly after to ensure an exciting finish, Pearses were able to control possession for the final few minutes to see out the game. A delighted captain Cathal Óg O’Sullivan received the Leo Kenny Cup from President of the Connacht Council Gerry McGovern to bring the title to Roscommon for the year after it spent the previous 12 months in Sligo with Toulrlestrane.