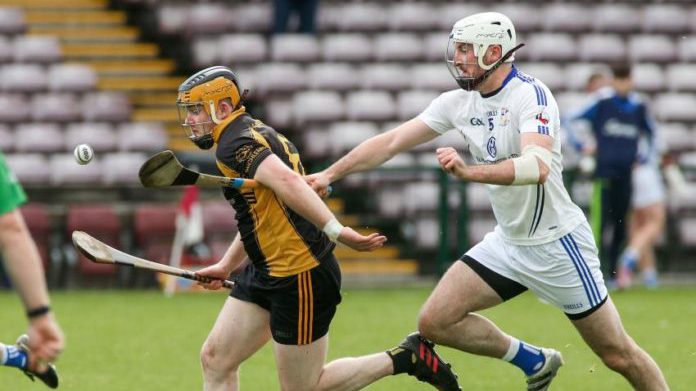 Calry/St Joseph’s come into the game on the back of an impressive 4-13 to 0-6 win over Carrick Hurling Club in the Semi Final. An early goal within ten minutes set Calry/St Joseph’s on their way to victory and when Eoin Doherty shot to the net for the third time for them the game was as.

In the county final they showed true grit and determination to reverse the three-point deficit they faced at half time, with their ability to find goals when needed again being very evident as they struck two crucial ones in the second half to tilt the balance in their favour.

Calry/St Joseph’s are chasing their fifth Connacht title, and are of course hoping to make it two in a row after last year’s exploits. They have previously won the Connacht title in 2009, 2012 and 2013 aswell as 2016.

Sylane and Calry/St Joseph’s have a history in this competition, as most recently the Galway outfit defeated them in the 2015 Connacht Final with a 1-18 to 2-7 scoreline.

No doubt this defeat will be in the back of these Calry/St Joseph’s players heads as they take the field today.

Sylane come into the game on the back of a thrilling 1-16 to 0-15 win over Mícheál Breathnach’s in the Galway Junior Hurling Final.

It was Oran Martin’s goal on the run up to half time that eventually won the game for Sylane in this contest, the third time in a row these rivals had met in the final of this competition. Martin’s goal allowed Sylane a four-point cushion at the half time whistle, and this was an advantage they never relinquished. It was the perfect end an impressive championship campaign for the men from North Galway, in which they won every game they played.

Bearna-Na Forbacha, Salthill Knocknacarra, Ballygar and Skehana were the other teams that fell to Sylane on their remarkable run towards the Championship.

They will now be looking to add to the Connacht Junior Hurling titles they won in 2007 and the 2015 final where they got the better of Calry/St Joseph’s.

On top of all this success, Sylane have also qualified for the Junior A Final in Galway this season, defeating Craughwell 0-15 to 1-10 in their semi-final.