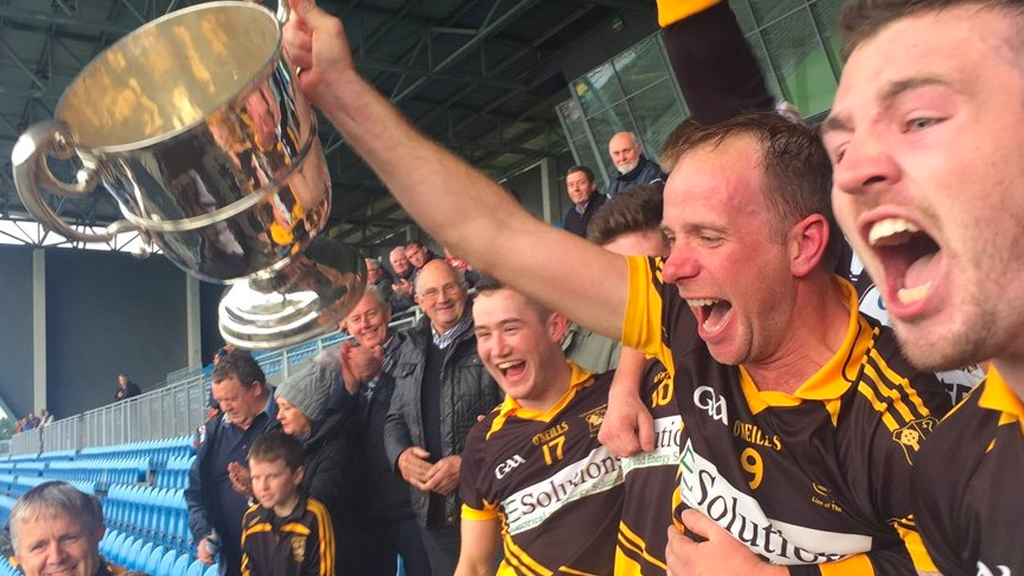 A look ahead to Lahardane McHales v St Gabriels

Lahardane McHales made history this season by winning their first ever county title since the club was founded in 1966.

Led by John Maughan, Lahardane reached the promised land courtesy of a stirring victory against the odds against Kilmaine, who were the favourites in the lead up to the game.

Trailing by 5 points at the half, when the game was there to be won in the final 15 minutes the pure hunger and determination shown by Lahardane was what allowed them to end the famine and bring the cup home to North Mayo.

Goals win games as the old cliché goes and Lahardane got 2 of them, with the final score finishing up as 2-11 to 0-15, with dependable full back Barry Leonard producing a man of the match display.

Up front it is Tony Dever, Adrian Leonard and James Maughan who they look to for most of their inspiration and scores, and it should be no different against St Gabriels.

Lahardane McHales now enter unchartered waters with their first venture into the Connacht Championship and they will hope that they can use the momentum generated by their County Championship win to get over the line today.

Standing in their way will be a St Gabriel’s side who themselves have been celebrating a famous victory for the club, winning their first County Championship since 1982, having been defeated in the junior final for the two previous seasons.

It was a 0-12 to 0-9 victory over Clonburn for Lloyd Kelly’s charges, with deadly forward Chris Donnellan picking up the man of the match award in the decider.

Midfielders Sean Whyte and Luke O’Connor have been key players for the team throughout their championship campaign, along with playmaker Jonathon Cunningham on the 40.

St Gabriel’s is a large club consisting of players from the neighbouring parishes of Kilconnell, Aughrim, Kilreekil and Cappataggle, with many of their players dual players.

Indeed Cappataggle are still in the Galway Senior Hurling Championship so it will be interesting to see if the success can keep on coming for them this season to go with what has already been enjoyed by St Gabriel’s.