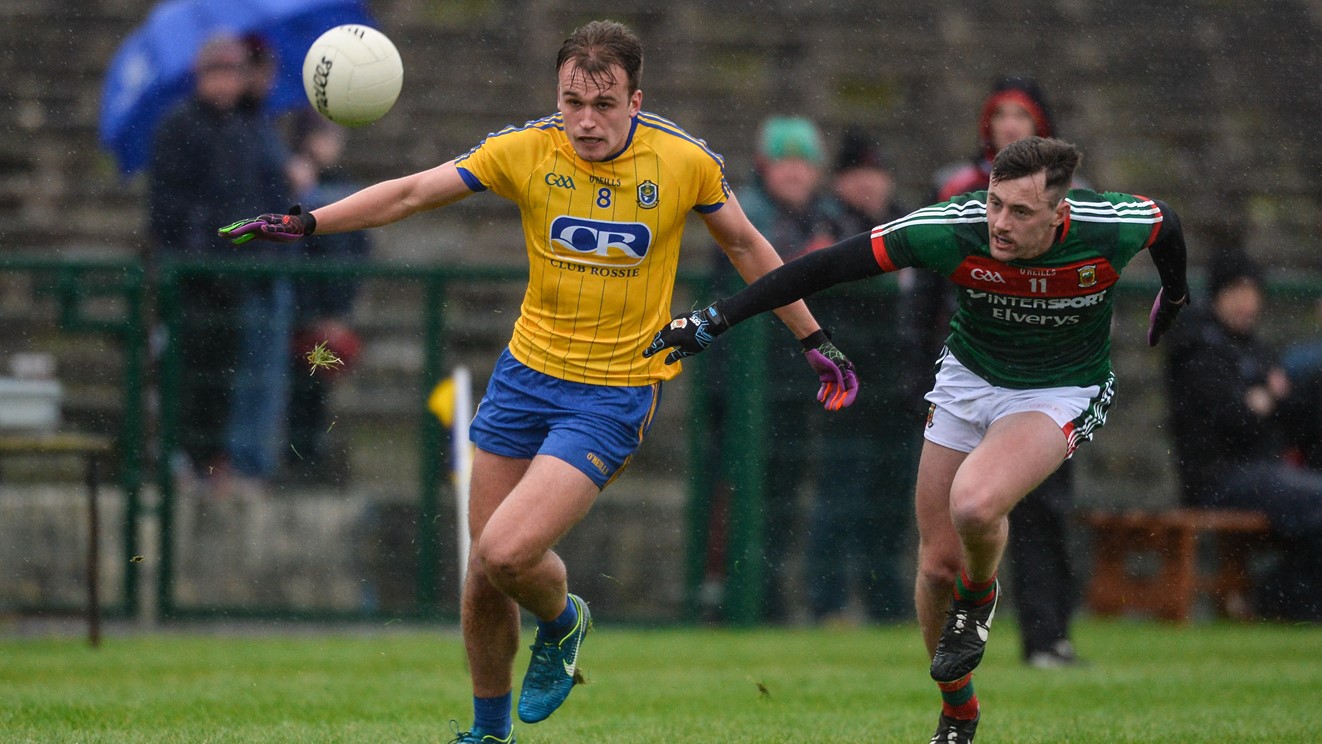 Despite Ian Kilbride’s sending off early in the second half, Roscommon were able to continue their fine form in the FBD League with a three point victory over Mayo on Sunday. The Rossies led by one at the half time whistle from a Diarmuid Murtagh free with the last piece of action after a very entertaining first half, both sides kicking some excellent points. Fionn McDonagh was one of those who played very well for Mayo, landing four points in total on a day when every Mayo starting forward impacted the scoreboard. Paddy Durcan kicked a fine point also in the first half and he was one of a number of established stars Steven Rochford will be glad to have back in action along with Colm Boyle, Danny Kirby, Steven Coen and Jason Doherty. On the Roscommon side the Murtagh brothers Ciaráin and Diarmuid were very much on song, accounting for eight points between them. Also impressive for them on the day were Conor Daly and Seán Mullooly in defence who both popped up for important scores, Enda Smith at midfield who has picked up where he left off in 2017 and also Niall Kilroy on the 40 who was his usual industrious self. Roscommon will be very happy with the resilience they showed having been reduced to 14 men so early in the second half as they managed to outscore Mayo six points to four in this period despite their numerical disadvantage.

In the other game played on Sunday, Galway struck for three first half goals, two from Dessie Conneely and one from Rob Finnerty as they got the better of Leitrim in Clonbur by 3-6 to 0-8 in awful weather conditions in Clonbur.