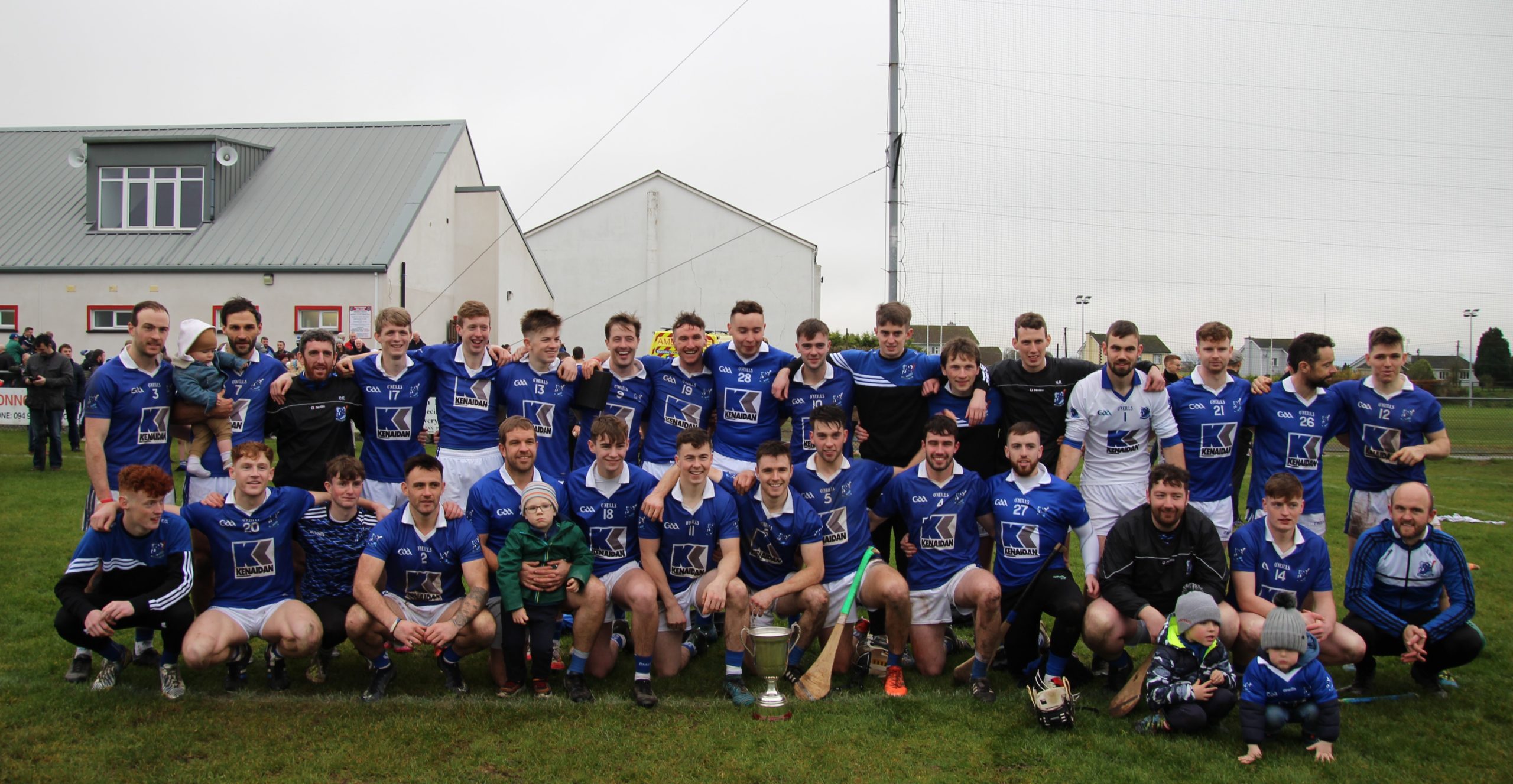 In Connacht GAA Centre of Excellence

It was a day of delight for the players and people of Tooreen in Mayo as they edged out a well drilled Moycullen side in what was a thrilling battle right to the finish. In a game where both teams struggled to gain a substantial lead, Tooreen’s fitness showed in the final minutes to reclaim the Connacht Intermediate title they won previously in 2019, to add to their first title claimed in 2017.

Fresh off their win in London just a week ago against Robert Emmets, Tooreen were in search of their second Connacht title in a row having beaten Kinvara in 2019. While Moycullen – having gained senior status in Galway for next year by  narrowly edging out Killimor by a point – were in search of double delight.

Tooreen played with the wind in the first half and they started off the brighter with Shane Boland putting over a free after the 2nd  minute however Anraoi Whyte responded quickly  for Moycullen with a free of his own in the 3rd minute. Cathal Freeman opened up his account in the 5th  minute flicking the ball down to himself before putting it over off his right. Playing against the wind did not seem to bother Moycullen as half back Evan Kenny pointed a brilliant score to level the sides. Shortly after Shane Boland had scored another free, Niall Mannion – the hero against Killimor after his last minute goal won that game – pucked over his first score of the encounter. As we edged towards the water break Shane Boland scored two points fom play at acute angles to give Tooreen a two point advantage. Anraoi Whyte and Shane Boland continued to exchange frees. Evan Kenny  got on the scoreboard again to put Moycullen within a point of Tooreen at the water break with the scoreline reading 0-6 to 0-5 in favour of Tooreen.

The second quarter proved to be similar to that of the first as neither side could grab a hold of the game. Full forward for Moycullen Fionn McDonagh had showed promising signs of getting goals, however Tooreen’s back line had managed to keep him at bay in the first half. Tooreen lead 0-8 to 0-6 as we neared half time thanks to frees from Shane Boland and a great point from Sean Kenny, however a brace of dead ball scores from Anraoi Whyte left the sides level at 0-8 to 0-8 at half time.

Moycullen started the second half off much stronger than the Mayo men. Scores from Anraoi Whyte (free) and Niall Mannion (play) again gave the Galway side an advantage of 0-10 to 0-8. However, after a free from Shane Boland, the telling moment of the game arrived for Tooreen. A darting run from Donegal native Joe Boyle in the 42nd minute opened up Moycullen’s defence for the first time. He handpassed it off to Sean Regan who showed composure before burying it into the right hand side of the goal. This Sean Regan goal put Tooreen in front – a lead they would not relinquish for the remainder of the game. Anraoi Whyte responded with a point for Moycullen as Tooreen headed into the second water break with a 1-9 to 0-11 lead.

The final quarter was owned by Tooreen with leaders emerging all over the pitch. The giant presence of Fionn McDonagh seemed to be causing problems for Tooreen but the likes of David Kenny and Stephen Coyne were coming out with the ball countless times. The tide had changed, scores from Anraoi Whyte and Colm Cunningham kept Moycullen in the game, but Tooreen were growing more and more into the game. Shane Boland pointed yet another brilliant score from out in the left corner, before a point from Sean Regan on the run gave Tooreen a four point lead.  Anraoi Whythe kept the scoreboard ticking for Moycullen, but in the 58th minute Cathal Freeman scored a terrific point out the right side which got the Tooreen supporters fired up. Anraoi Whyte got his 9th  point  of the match in the 59th minute, but it was all too late as Tooreen ran out  deserved winners on a scoreline of 1-15 to 0-14.

Captain Shane Boland not only received the Connacht Intermediate Hurling Cup but was also awarded the Man of the Match for his thrilling display in corner forward. His haul of ten points included three from open play, but his unerring frees into the strong wind in the second half were the reason why the East Mayo charges advanced.

Although it was not the end to their season they had hoped for, Moycullen will look back fondly at their 2021 year, while manager Morgan Darcy can look forward to his side playing in the Galway Senior Championship in 2022.

As for Tooreen their journey is far from over as they will now prepare for their upcoming All-Ireland Intermediate Club Hurling semi final against the winners of Leinster. That Leinster final will go ahead in January between Naas (Kildare) and Oylegate-Glenbrien (Wexford). This is Tooreen’s 3rd  Connacht Intermediate title in the last 5 years which is an astonishing achievement for the club. Tooreen manager Ray Larkin and his management team will surely be nothing less than delighted with their players as every player on the pitch put in a brilliant performance.