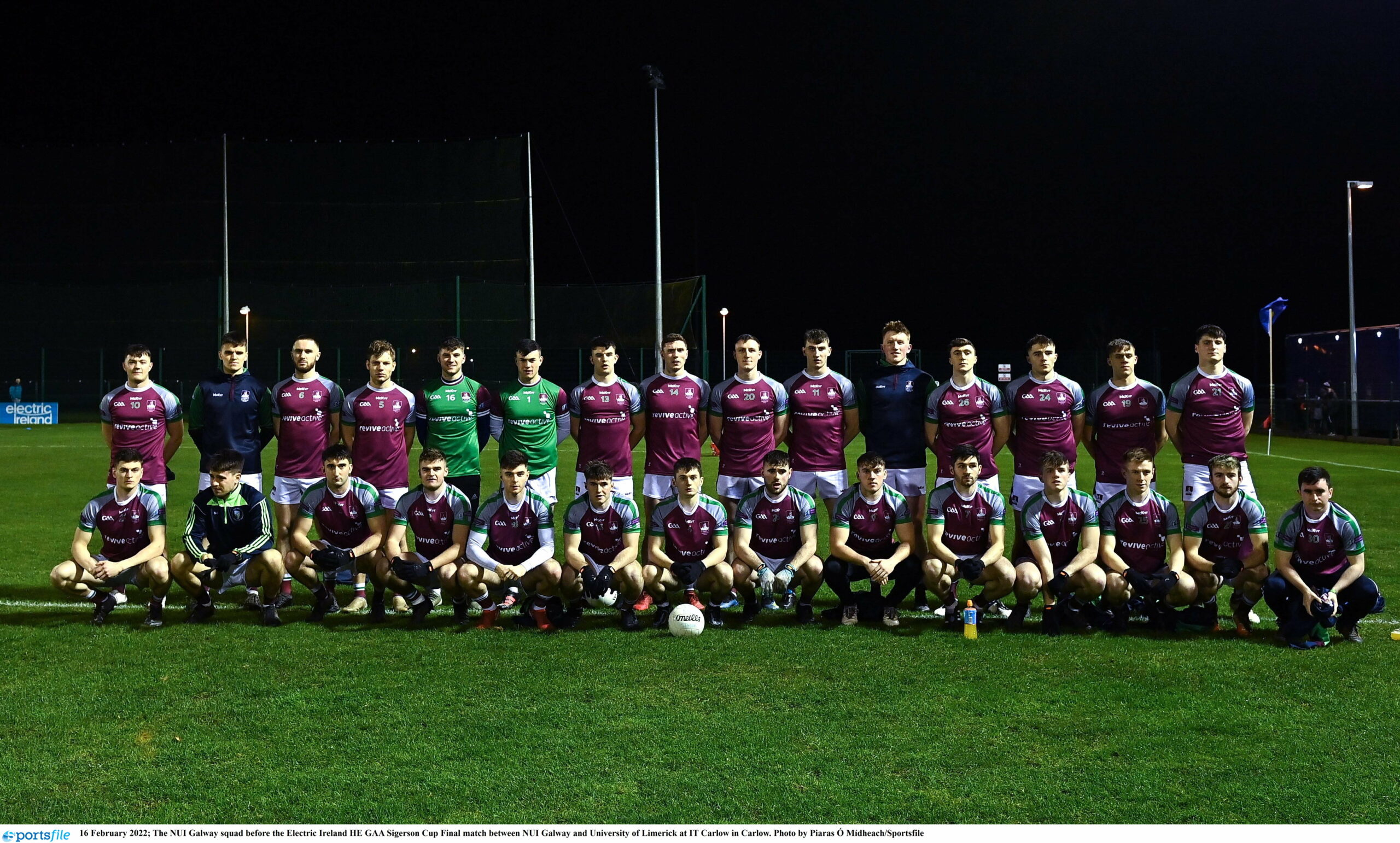 University of Galway are immensely proud of their representation on this year’s Galway Senior football panel who came so close to bringing Sam back to Connacht for the first time since 2001 on Sunday.

Sport is important to the fabric of the University of Galway and has been since the foundation of the University in 1845. Central to sport has been the GAA within the college and none more so than the Senior football side who just five months ago ended an 18-year gap by capturing the Sigerson cup for the 23rd time after a (0-12) to (0-9) win over the University of Limerick in IT Carlow. The wonderful work that is being implemented by the development squads, clubs and schools of Galway as well as all the other counties from which our students with a GAA DNA gives the college a superb feeder system by which to create competitive teams in LGFA, Mens gaelic football, hurling and camogie.

Interestingly, for such a large educational institution and the thousands of GAA players who go through the college in their time in college one sees so many with links in the past teams. The Kelly brothers Sean, Eoin and Paul from Moycullen had Sigerson medals in their family before their 2022 win as their late father Padraig “Dandy “ Kelly won in the 1980s. Matthew Tierney’s brother played in the 2018 final and their father Matt was an esteemed player with the college in the 1980s. The Sigerson manager Maurice Sheridan and coach Don Connellan of the last six years were fresh faced first years as winners of the 1992 Sigerson cup. These examples are just symbolic of how tight knit the GAA family is within the college. Each year when a new batch of freshers enter the hall ways there are so many with links through their grandparents, parents, uncle’s, aunts and siblings who played Gaelic Games for the college.

UNIVERSITY OF GALWAY PLAYERS IN THE GALWAY PANEL 2022

This brings to 24 the number of players who have the worn University’s colours with distinction who were members of Galway Senior football panel in 2022.