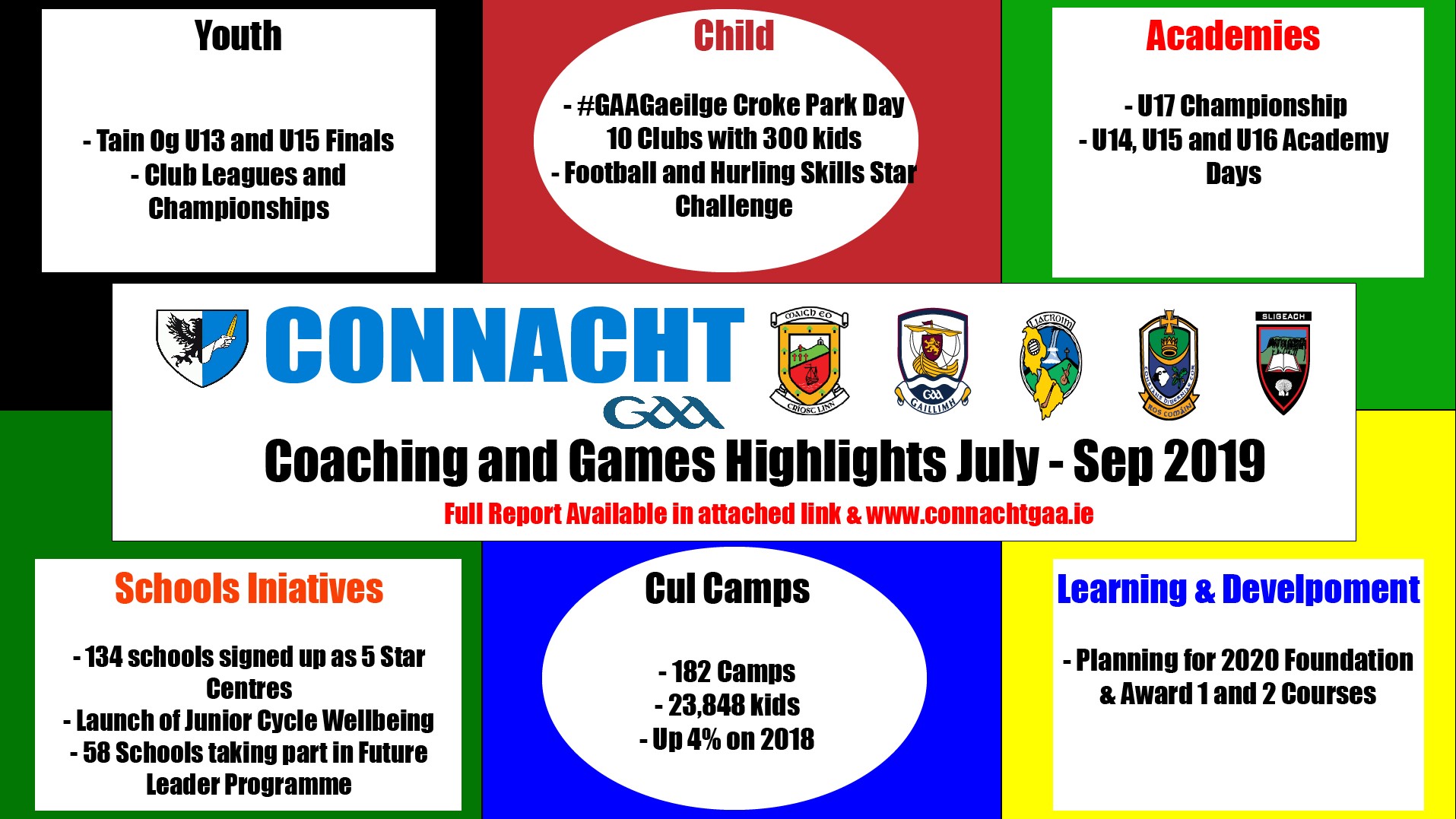 The following is an update of some of the work that has taken place across Connacht in Coaching and Games for the 3rd Quarter of 2019. It will also detail some of the events taking place in the coming months.

Coaching and Games is broken up into 6 key areas (Outlined below) which feed into the National & Provincial Coaching and Games plan. Each county then has a county coaching plan which is tailored to suit the individual county’s needs. This is implemented by the County Games Manager, County Coaching Officer, and Games Development staff in each of the counties on a day to day basis. Governance for the plan is over seen by the County Steering Committee which consists of the County Chairperson, Secretary, Coaching Officer, Games Manager, Treasurer & PRO who meet 6-8 times per year to review how the plan is going.

The club Go Games program has been in full flow over the past three months in each of the counties. The programme of events for each county is fully outlined in the previous newsletter and can be viewed on the following link https://connachtgaa.ie/news/connacht-gaa-coaching-and-games-quarterly-report-april-june/ Please contact your club coaching officer to get more information about your individual clubs’ blitz programme.

On the 16th of September the #GAAGaeilge Go Games Day took place in Croke Park, with over 300 kids from 10 clubs hailing from Irish speaking regions in Connacht taking part on the day. The clubs were CLG Leitirmoir, CLG An Cheathru Rua, CLG Micheal Breathnach, CLG Bhearna, CLG Mhaigh Cuilinn, CLG An Fhairche, CLG Charna, CLG Na Piarsaigh, CLG An Spideal & CLG Tuar Mhic Eadaigh. We would like to thank all the coaches, parents and players as well as the Department of Culture, Heritage and the Gaeltacht who all contributed hugely to the success of the day. Go raibh míle maith agaibh go léir! 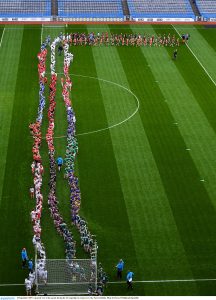 16 September 2019; A general view of the parade during the #GAAgaeilge Go Games at Croke Park in Dublin.

The Connacht GAA U12 skills challenge competition is taking place on October 4th for football and October 11th for hurling at the Connacht GAA Centre. The winners of the county football competitions who qualified for the provincial final are outlined in the table below.

The Hurling skills challenge takes place on October 12th. As the winners of the county competition will not be finalised on publication of this newsletter there will be a full round up of county and Connacht winners in the 4th Quarter Newsletter.

There are detailed videos outlining the format of the skills star challenge in the Coaching section of the Connacht GAA website. Along with a multitude of other excellent coaching resources they can be viewed in this link: https://connachtgaa.ie/coaching/resources/

Super Games activity has been quiet in this period due to the busy underage leagues and championships taking place in the individual counties. The Super Games Friday night lights will be recommencing across multiple venues throughout the province over the 5 Friday nights in November. Stay tuned to the Connacht & County Coaching and Games social media pages for more information.

The national hurling Tàin òg u13 and 15 finals took place in Cavan in July with 12 finals taking place across the two age grades. The day was a brilliant festival of underage hurling and one that will live long in the memory as 8 of our Connacht teams were victorious out of the 12 teams that competed. At U13, Four Roads, Tooreen and Claremorris all won their Divisions while Easkey were narrowly defeated. In the U15 competition Four Roads, Carrick, Westport and Castlebar were all victorious. Congratulations to all involved!

Below is the new framework for developing Gaelic Games in our national and second level schools. Two of the programmes – namely the 5 Star centres and Future Leaders – were piloted over the past two years and are now being delivered fully in schools. The next two years will see the piloting of the Junior Cycle Wellbeing and Leaving Cert PE programmes which will then hopefully be rolled out in full once the pilot phase has been fully completed. 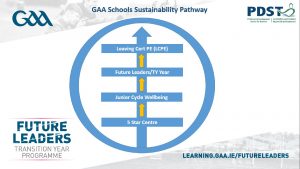 September 2018 saw the launch of the GAA`s 5-star centres in our primary schools around the country.  Across Connacht there were 70 national schools that started this initiative with 44 schools meeting the criteria to receive their 5 Star Centre flag. In these schools there were 5,595 pupils involved. These pupils throughout the year accumulated a total of 141,746 hours of physical activity through the Have a Ball Programme, Fun and Run, Hurl It/Catch and Kick, Go Games & Go Games Skills Challenges programmes. These flags were raised at the end of the 2018/2019 school year. Interested schools had until September 30th to sign up for this year’s programme. In total we have 134 schools signed up for the 2019/2020 academic year, almost double last years total which represents a huge increase. The number of schools signed up for the coming year for each county is as follows: Mayo 38, Roscommon 31, Galway 38, Leitrim 12 and Sligo 15. More details about the project can be found on www.learning.gaa.ie/5star 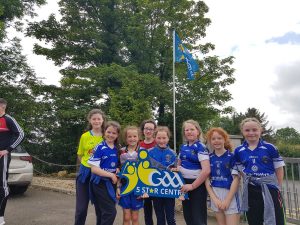 Junior Cycle Wellbeing – National NCCA Guidelines for Wellbeing published in 2017 has stated “the Junior Cycle Wellbeing programme will begin with 300 hours of timetabled engagement in 2017 and build up to 400 hours by 2020 as the new Junior Cycle is implemented fully in schools”. The GAA are currently piloting a new initiative for second level seconds for teachers to deliver in the coming academic year called ”Going-Well”. This programme is designed for the modern, fast-paced world full of technological innovations that teenagers today are growing up in. It is a basic learning resource that nurtures personal growth and infuses a sense of “Belonging” – belonging to one’s class, one’s school, one’s team, one’s local club and community, the broader Association and ultimately to the Irish nation. It is not just about being physically fit but also focussing on good mind function and how team based-activities can create enjoyment. It also explores how analysis and evaluation of information can give expression to a meaningful set of values. A small number of schools across the province are currently taking part in the programme pilot and we look forward to seeing how this new area develops.

The introduction of the Future Leaders Programme has been a very positive development in the secondary school sector for the association. This initiative was well documented in the previous newsletter. Last year 47 secondary schools across the province took part in the initiative with 58 schools taking part in 2019/2020 school year. The modules covered by students on the programme includes Coaching of Hurling/Football, Refereeing, Administration, Sports Journalism, Analysis, Nutrition, Wellbeing and Event Management. Through the 47 schools last year in Connacht there were approximately 2,300 transition year students involved. These students ran Super Games Events that had 3,100 youth participants taking part, Go Games Blitzes with 1,880 children involved & Fun and Run events with 60 participants. We would expect to see a marked increase in these already impressive numbers this year with the increase in schools taking part in the programme. We would encourage clubs who have students already taking part in this initiative to link in with the students and ensure they are included in the local club at some capacity given the skills they are after developing.

A Connacht Hurling Post Primary Super Game Centre 1st year Blitz took place in NUIG on September 18th with 378 participants from 12 schools playing small sided games. This was followed up with another hugely successful day of blitzes on September 25th, the numbers at which are outlined in the following table:

Across the summer months 182 Cúl Camps have taken place around Connacht with a total of 23,848 boys and girls participating. This marks an overall increase of 4% across the province on the 2018 numbers. Each of the counties numbers also increased with individual percentage increases as follows: Mayo 2%, Roscommon 8%, Galway 5%, Leitrim 9% and Sligo 1%. The full tallies are in the graphic below. In addition to the participation element these camps have provided employment for many young people across the summer months with 472 coaches employed across Connacht for the duration of the camps. These coaches have also received coach education, garda vetting clearance and child safeguarding upskilling to participate in the camp. We would encourage clubs to engage with these young coaches and get them involved in coaching with their clubs. I would like to commend all the staff and coaches on again delivering a very successful project for Connacht GAA.

Our County academy/development squads were in the middle of their seasons between July and September across the province with counties at various stages depending on the age grade.

The Connacht GAA Football U-17 Championship took place with results and a match report from each round below: 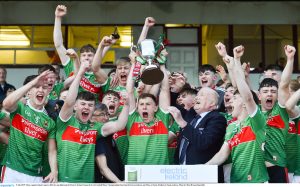 There were also games for all other academy squads at U14, 15 & 16 level in Hurling (August 10th and August 31st) and Football (August 17th) where they play against counties from all over the country. In hurling, the national talent Academy finals day was August 31st. At U15 level Mayo, Sligo, Roscommon and Leitrim competed in the Hibernia Cup with great success. Galway squads were also very competitive in the Forristal Cup (U14), the Arrabawn Cup (U15) and the Eugene Carey / Michael Foley Cups (U16). On Sept 7th we had one of the highlights of the Hurling Academy calendar in the Connacht GAA Centre in Bekan with the U13 Connolly / Cunniffe competitions. The developing Connacht hurling counties all competed, with Mayo and Roscommon fielding two teams and Leitrim and Sligo fielding one each.

In other academy news “The Talent Academy and Player Development Review” document has been passed by Coiste Bainistí and will now be presented by Connacht Staff to all relevant parties in the counties in the coming weeks.

The majority of Learning and Development courses take place in the first quarter of the year with the number of courses delivered explained in great detail in 2019 Quarter 1 report which can be viewed on the following link https://connachtgaa.ie/news/connacht-gaa-coaching-and-games-quarterly-report-january-march/

These courses are hugely popular and a great way to learn and grow as a coach. Planning for the next batch of courses and club mentoring programmes are currently underway and will run from approximately November to March depending on the county in question. Please follow Connacht & County coaching and Games social media pages for information on upcoming courses.

The Provincial Club Support Programme which was also explained in great detail in the quarter 1 report has now finished with 34 of the original 36 clubs completing the initiative. Each Club that is accepted on the programme may avail of a grant to the value of €1,000.

Below are the clubs who participated in the program in 2019

Each county has their own unique coaching and games Twitter accounts, and following these accounts is an excellent way of keeping abreast of all the latest news and information about what’s going on in your county. These are the handles to follow: